At first glance, Manohar Mhatre’s appearance belies his vast artistic legacy. At 89, he is the last standing Progressive, but is unlike any of his contemporaries. Not for him the flamboyance of MF  Husain, the brooding mysteriousness of VS Gaitonde, or the defiance of Akbar Padamsee.

Mhatre’s personality, like his art, is distinctive in subtle, gentle ways. In fact, the quietness of his manner has often been construed as reclusiveness, and few outside the art world know of him or his elegant body of work.

After what he calls “gentle persuasion”, young curator Gourmoni Das has managed to get Mhatre to bring out the most significant works of his life.

In the retrospective exhibition, ‘The Progressive and The Personal – An Untitled Legacy’, Das has curated 60 of Mhatre’s works, created over the last half of the century.

The exhibition is open to the public all through February 2020 at the Nine Fish Art Gallery in Mumbai and has been presented in association with Dot Line Space, an art forum started by the graduates of Sir JJ School of Art in 2015.

It is perhaps no coincidence that the students of JJ School of Art are part of this story. Established in 1878, this Mumbai art college has been the birthplace of many of India’s legendary artists and Mhatre is no exception.

Like most of his older peers and founding members of the Progressive Artists Group (PAG) — FN Souza, Sadanand Bakre, SH Raza, KH Ara and MF Husain — Mhatre too studied at this historic institution.

Thanks to a liberal father, who not only encouraged his son to pursue the career of his choice, but also introduced him to V S Adurkar, the first Indian Director of the Sir JJ School of Art, Mhatre was inducted into the art world by the finest. 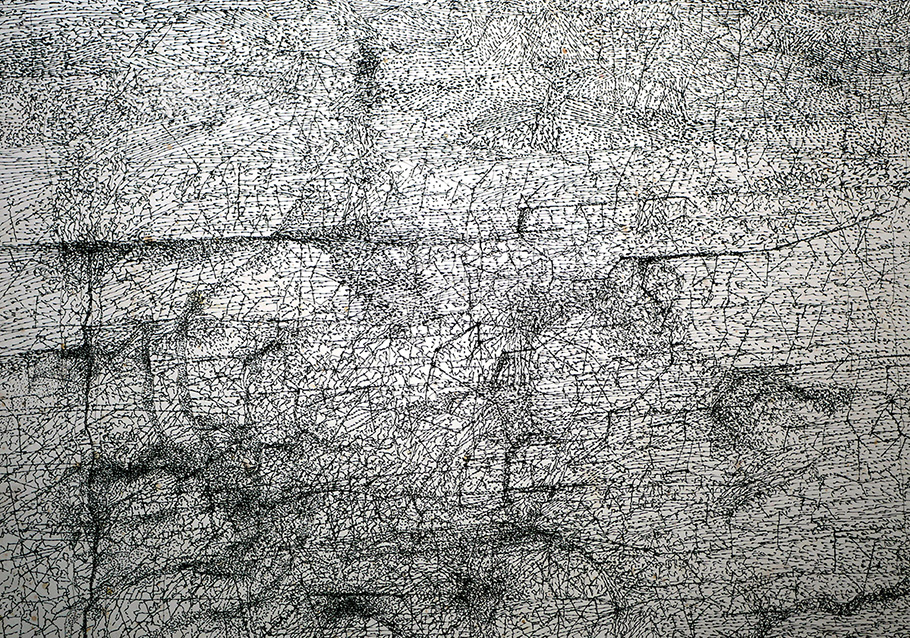 In the 1950s, he started his association with the Bombay Artists’ Aid Centre, which continues to this day. It was there that he was introduced to the Progressive Artists’ Group, which had been founded in 1947.

Mhatre recounts, “I started visiting the Artists’ Aid Centre frequently to gain knowledge from the many great artists of the time who were associated with it. This is how my association with Ara and PAG began. At the time, there were no galleries in Bombay and most of the work was presented in the form of exhibitions in the centre until Jehangir Art Gallery, the first art gallery in Bombay, opened in 1953. For me, the association with this group was instrumental in shaping my artistic journey. I had joined the Sir J J School of Art in 1950 and graduated in 1956.”

“In later years, most of the group went different ways, but my association with V S Gaitonde continued through the School. These associations and their bold approach to art has contributed towards me moving away from traditional and regimented art forms and instead striving for a more modern and aesthetic touch based on abstract art,” he says.

The making of Mhatre

Through the 1950s, Mhatre discovered his own style as a fresh JJ graduate and started entering competitions. In 1955, his canvas painting “Summer” won a Gold Medal from the Academy of Fine Arts, Calcutta, and the following year, he won a bronze medal from the prestigious Bombay Art Society. 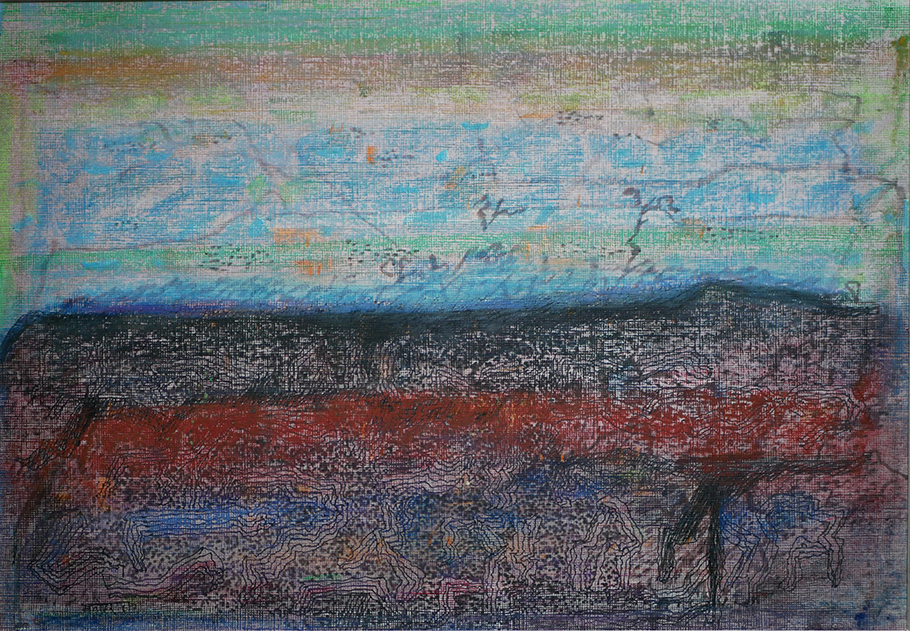 The 60s and 70s saw slight professional deviations as he worked at the Weaver’s Service Centre in Chennai. But there, he formed close associations with renowned cultural activist, Pupul Jayakar, who established the centre and helped him understand the design aspects of the textile industry. He retired as the Centre’s Deputy Director in 1980 to focus on his art once more.

Although the frequency of his exhibitions was low, his commitment to his art was steadfast. Drawing inspiration from masters like Gaitonde and Ara, Mhatre infused boldness approaches in his work, which helped him, in his words, “move away from traditional and regimented art forms, and instead strive for a more modern and aesthetic touch, based on abstract art.”

Mhatre’s description of his body of works seems apt when one witnesses them at the ongoing retrospective, and one realises that there is no definitive way to describe it. Each piece is different from the next as a consequence of the artist treating them all uniquely.

“My drawings and paintings are quite diverse in their medium, textures, depth of colours, and the shapes of my dots and lines. The form any painting eventually takes is never planned from the beginning. I love variation, changes, and experiment with different conventional and unconventional mediums. I use everything from ink on paper to oil on canvas as mediums. Recently, I’ve been innovating using fabric in my abstract art, which I refer to as “progressive freestyle. I can confidently say that repetition is not my style.”

Not just in technique, Mhatre’s inspiration is also equally varied. “I don’t favour any particular themes. My art represents my emotions and feelings at a point in time,” he says. He prefers that viewers draw their own conclusions about his work, and hence does not even name them!

Curator Gourmoni Das finds that Mhatre’s work is more about the means than the end, the process than the precipitation. It’s as if the artist’s work speaks of his isolated practice, invites contemplation and perhaps even a redefinition of the art of abstraction.

(The writer is a scholar of Interfaith Studies at the University of Wales. She researches and writes about Indian culture, history and mythology)

Looking back at Akbar Padamsee’s defiant colours without prejudice

These millennials prefer spending. Investment, what is that?