During elections, river pollution is not a serious issue for Indian politicians, especially when there are bigger problems to milk such as joblessness and farmer distress. But for Prime Minister Narendra Modi, who began his 2014 campaign with “Mujhe toh Ma Ganga ne bulaya hai (Mother Ganga has called me),” the very same river may prove to be his undoing, according to Rajendra Singh, Ramon Magsaysay Award winner and India’s water warrior. “The people of Varanasi remember and feel betrayed by him,” he told this writer.

Over the years, various bodies have been set up by different governments to clean the Ganga but none have succeeded. The river’s condition is only getting worse. Singh and his team undertook a 111-day expedition tracking the river from its source at Gaumukh to its destination at Ganga Sagar to assess the situation on the ground and see if any of the assurances of cleaning the Ganga were fulfilled. Instead they found a trail of broken promises. Superficial beautification aside, very little has been done to reduce pollution levels in the river and restore its health, they found. After the 2,500-km Ganga Sadbhavana Yatra, Dr Singh released a white paper documenting the river’s health on January 12.

According to the report, in the upper regions of the Himalayas, where the river is supposed to be pristine and pure, there is large-scale road construction work taking place. After the 2013 floods, which affected holy sites like Kedarnath and Badrinath, roads are being rebuilt for pilgrims. Badrinath sees a heavy flow of visitors from April to October as part of the Char Dham Yatra. Heavy machinery is deployed to cut the mountains and widen the roads. This is not only destroying the fragile Himalayan ecosystem, but the mountain debris is dumped in the Ganga. This causes a disturbance in the river and the water level to rise. 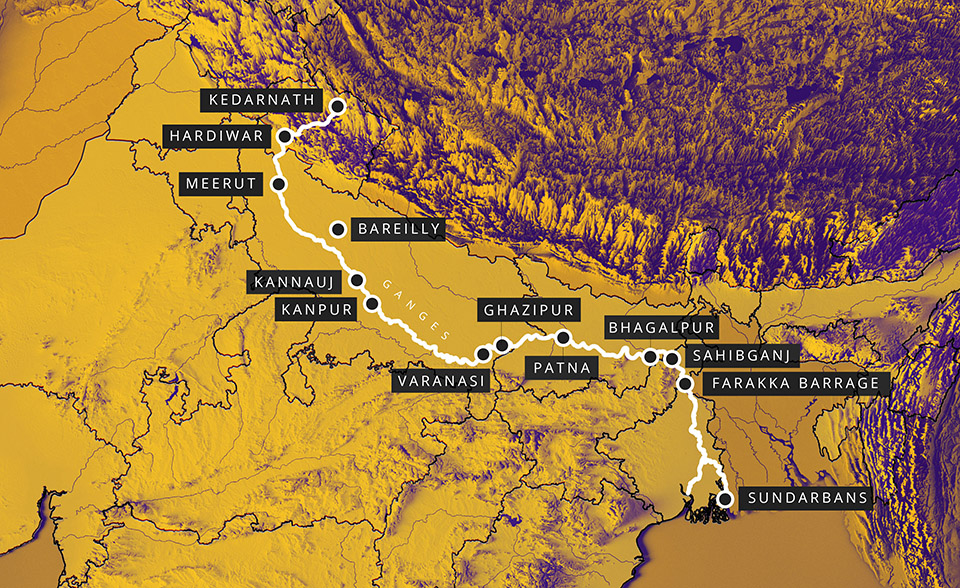 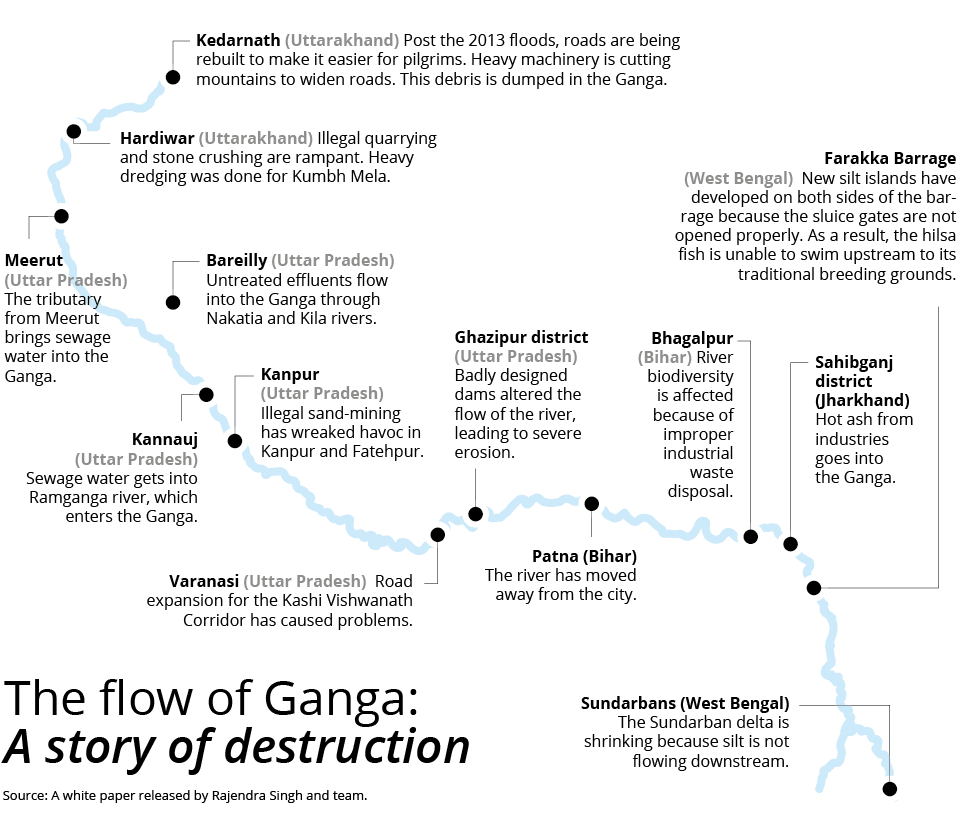 As you come down from the mountains, to Haridwar, more than 100 stone crushing operators work day and night on the riverbed. Illegal quarrying and stone crushing activities are rampant but little preventive action is taken as the nexus allegedly includes administrative officials, claim various NGOs and groups. In addition, the white paper says that 96% of the river’s water is sent into the Upper Ganga Canal and only 4% flows down the mainstream river.