He came, he stayed and stirred a controversy — is how a Kolkata resident, Subrata Chakraborty, describes Prime Minister Narendra Modi’s recent visit to Beluṛ Maṭh, the headquarters of the Ramakrishna Mission (RKM) and Math, founded by Swami Vivekananda.

Chakraborty, a retired employee of the Indian Railways, is particularly upset that from the hallowed platform of the Math, the Prime Minister was allowed to make a speech on a contentious subject like the Citizenship Amendment Act (CAA).

The views expressed by Chakraborty, a man-on-the-street, are an articulation of a widespread disapproval of what had unfolded during the Prime Minister’s two-day visit to the main centre of the RKM.

The criticism is more intense as the Mission claims itself to be an apolitical, non-sectarian spiritual organisation to the extent that its monks do not even cast votes. To showcase its pluralism, the main Ramakrishna temple in the Belur is designed incorporating features of a temple, a mosque and a church.

Several political leaders, including state Chief Minister Mamata Banerjee, prominent citizens and even the members of the Mission expressed their displeasure over what they perceived was an attempt to politicise and homogenise the pluralistic ideals of the organisation that they look up to for spiritual guidance.

Facing a backlash, the RKM tried to distance itself from the PM’s remarks on the CAA and claimed that it had very little choice if the prime minister of the country made a request for a visit.

“When you have a guest… Atithi Devo Bhava is the Indian culture. And you must extend all kinds of courtesies, decencies to him. And if something you feel ought not have been told, the onus lies on the person who tells it, but not on the host—by no logic,” clarified Swami Suvirananda, the Ramakrishna Math and Mission general secretary.

“We are an inclusive organisation, which has monks from Hindu, Islam and Christian communities. We live like brothers of the same parents,” he said convening a press conference, a very rare event in RKM.

True, even in the past, the RKM has played host to many politicians. Indira Gandhi was particularly a regular visitor to Belur Math and other ashrams of the Mission. So, why the hullaballoo this time?

To understand the controversy, we need to first know why Ramakrishna is so important, particularly in the context of present-day Bengal politics. 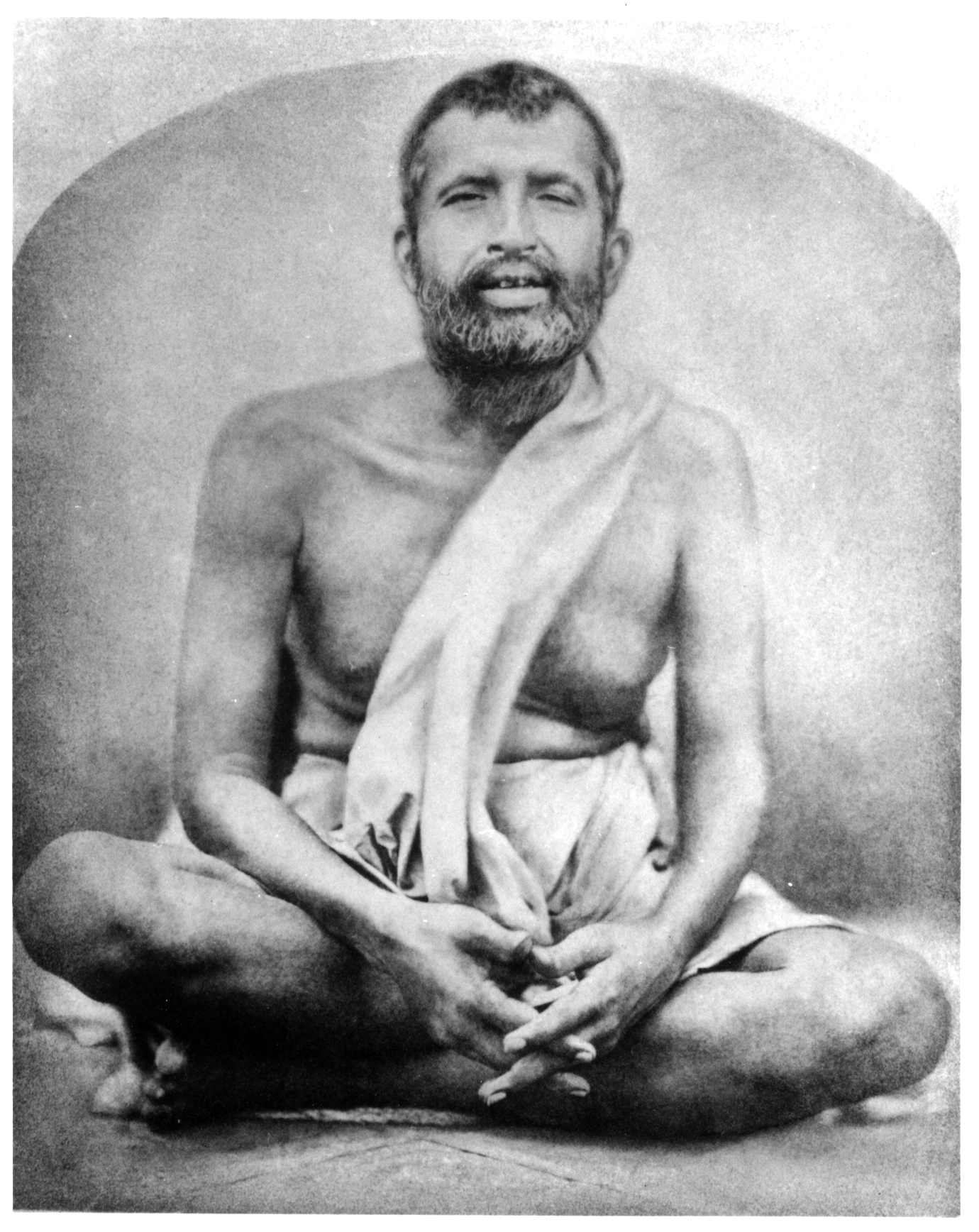 Ramakrishna and his influence

What Lord Rama is to Hindus in North India, Ramakrishna Paramahansa is to most Bengali Hindus, especially those from the so-called upper castes.

The mystic saint is revered as no less than an incarnation of god by his countless followers and disciples that included Hindu philosopher-monk Swami Vivekananda.

“He who was Sri Krishna in the Dwapara Yug, Lord Rama in the Treta Yug is now currently Sri Ramakrishna in the Kali Yug,” the mystic had himself once told his favourite disciple Narendranath Datta, who is more famously known as Vivekananda.

Just as Adi Shankaracharya led the revival of Hinduism in the 8th century through his teaching of Advaita Vedanta that ultimately led to the decline of Jainism and Buddhism in India, Ramakrishna was instrumental in halting the growth of Brahmo Samaj — a socio-religious movement founded by Raja Rammohun Roy — among middle-class Bengalis in the 19th century.

At that time, many educated Bengalis, including Iswar Chandra Vidyasagar, Keshab Chandra Sen, Rabindranath Tagore and even Narendranath, were drawn by the Brahmo Samaj’s liberal approaches influenced by Christian values, contrary to the insular and caste-ridden Hindu society.

But all these miraculously changed, once they got to know the scantily clothed seer, who had even no formal education. Ramakrishna’s teaching on harmony of religions explained in his simple dictum: Yato mat, tato path (As many faiths, so many paths) greatly influenced these stalwarts of Bengal Renaissance and shaped the outlook of Bengali Hindus towards their religion.

“All that I am, all that the world itself will someday be, is owing to my Master, Shri Ramakrishna, who incarnated and experienced and taught this wonderful unity which underlies everything, having discovered it alike in Hinduism, in Islam, and in Christianity,” thus observed Vivekananda to describe the influence of the mystic.

Tagore had penned a poem titled Ramakrishna. Such was the influence of the man on Bengali minds and souls.

Hence, to win the Bengali Hindu heart, more than evoking Rama, it is necessary to usurp Ramakrishna’s legacy. The Citizenship Amendment Act (CAA) might cut ice among Bengal’s Scheduled Caste Matua community, a sect of Vaishnavite Hinduism, as the controversial legislation is touted as a protective shield to their “doubtful” Indian citizenship. But for many among Bengali Hindus, particularly the middle-class, neither the CAA nor the BJP’s brand of Rama-infused aggressive Hinduism has much appeal.

The BJP knows that before next year’s assembly elections it desperately needs to widen its Hindutva base to topple the Mamata Banerjee-led Trinamool Congress government, which has a solid backing of the state’s 27.01 per cent Muslim population.

This expansion, however, is difficult in Bengal, unless BJP’s Hindutva gets a stamp of approval from the Ramakrishna Mission. That explains the recent attempts to cozy up to RKM by the Hindutva group led by the Rashtriya Swayamsevak Sangh (RSS), the ideological fountainhead of the BJP.

“My observation is, the RKM has been deeply politicised over the last years, with the induction and promotion of senior spiritual leaders who were associated with the RSS earlier. Modi’s visit is part of that growing trend of the RKM,” Gautam Roy, a Mission member recently told the media.

This is not the first time that the Ramakrishna Mission was accused of being influenced by the RSS. In 2018, it was alleged that the Sangh was behind the last-minute cancellation of Mamata Banerjee’s programme to mark the 125th anniversary of the historic speech by Swami Vivekananda at the World’s Parliament of Religions in Chicago.

“An unholy conspiracy was going on to stop me from visiting Chicago. It was an invitation from Ramakrishna Mission and I know that the Mission was threatened and pressurised to cancel the programme. This incident created a permanent scar in my mind and I was very hurt,” she had said then without naming the RSS.

Her party’s national spokesperson Derek O’Brien was more blunt  in his criticism. “It is common knowledge that the BJP-RSS wanted only one major programme to be held in Chicago and that would be under the banner of the Global Hindu Congress and this programme would be attended by Mohan Bhagwat. To ensure this happened, intense pressure was mounted on Vivekananda Vedanta Mission (an affiliate of the RKM) in Chicago to cancel the programme for which Mamata Banerjee was invited,” O’Brien had told a news agency.

The RKM, however, as expected, denies such allegations. But many within the organisation do admit that it is caught between pragmatism and philosophy.

As it has to depend on the Centre for funds to run many of its social projects, it cannot totally ignore the RSS. Only a couple of years ago the Ramakrishna Mission Blind Boys’ Academy went on the verge of closure due to severe fund crunch after the Centre withheld release of grants of around Rs 10 crore.

Even the Left-Front regime in West Bengal in the past has tried to wield its authority in a bid to take control of RKM-run educational institutions.

To counter the Left move, the RKM went to the extent of moving the court in 1980 to declare the organisation and its movement a non-Hindu minority religion for the purpose of Article 30 of the Indian constitution. The Supreme Court, however, dismissed the petition in 1995.

So neither the ruling party’s pressure nor the RKM’s wavering from the core ideas of Ramakrishna to become pragmatic is unprecedented.

It was again the pragmatism of not antagonising the ruling establishment that had compelled Sister Nivedita, one of the most famous disciples of Vivekananda, to leave the Mission to protect it from any adverse consequence of her active involvement in the Indian freedom movement.

For a devotee like Chakraborty, however, more than the institution, it’s the preaching of the seer that is more important.

“The RSS can penetrate or influence the institution, but it will not be able to peddle its extreme ideology as that of Ramakrishna,” he says.

Yes, despite the alleged closeness to the Mission, it will be difficult for the RSS-BJP to co-opt the Ramakrishna-Vivekananda legacy to its Hindutva ideal in the manner it could appropriate Rama.

Rama did not leave behind any distinct credo, unlike Krishna, and hence, he is more flexible to interpretation and adoption.

But the same is not the case with Ramakrishna or for that matter any saint and philosopher of the modern times, whose works and teachings are well-documented.

The Gospel of Ramakrihna  (Ramakrishna Kathamrutham) that many in the RKM even refer as the “fifth Veda”, has in a very lucid and simple language explained the humanistic tenets of Upanishads and Hindu philosophy preached by the saint.

And any deviation from that is bound to have a repercussion, like the one that has been witnessed in the aftermath of Modi’s visit to Belur on January 12-13.

“Ramakrishna legacy is his all-embracing divine teachings and not the edifice and institution built to commemorate his ideas,” Chakraborty adds.

Advantage Pakistan as US to sign Taliban deal over Indian objections...