Back in 1984, Australian gastroenterologist Barry J Marshall willingly drank an infectious concoction of live H pylori culture and gave himself an ulcer to prove that bacteria — and not stress — is the cause of gastritis and peptic ulcer.

In a fete comparable, health researchers in India are proposing to intentionally infect volunteers with deadly diseases to test the efficacy of vaccines being developed.

Controlled Human Infection Model (CHIM), also called a human challenge model, is the new buzz word in the health research sector. Healthy volunteers will be deliberately infected with a strain of infectious bacteria for scientific studies. This is commonly used in the West for better understanding of the bacteria-human interaction, and also to fast-track vaccine candidate tests against them.

Let not the appalling atrocities by Nazis in the name of medical research nor the unethical Tuskegee clinical study conducted by the US Health services anguish you.

“Rest assured, the tests will be performed in a safe and well-regulated environment,” says a spokesperson for Translational Health Science and Technology Institute (THSTI), an autonomous organisation under the Department of Biotechnology. THSTI has been spearheading public consultations for the past two years for establishing an ethical regulatory framework for India.

Normally, animal models are one of the standard test protocols that are used to evaluate the efficacy of a drug before clinical trials are carried out on humans. However, it is increasingly dawning on the researchers that at times, animal models do not mimic the human system well.

For example, Marshall and his colleague did try to replicate the ulcer in the animal model by introducing H pylori into the stomachs of piglets.

To the astonishment of the researchers, no changes were noticed in the biopsies of the infected piglets. Only the human test, in this case, Marshall himself swallowing the microbe, settled the question. Infected by H pylori, he developed severe inflammation of the stomach, and the peptic ulcer was cured when he took a course of appropriate antibiotics. Until then, ulcers were thought to be chronic with no cure.

This one leap led to the alleviation of pain for millions and earned Marshall and his colleague J Robin Warren, an Australian pathologist, the Nobel Prize in Physiology and Medicine in 2005.

“Animals and humans have different physiology, and it is better if the tests are done on humans themselves. Rabbits and dogs are not infected with dengue at all, and what purpose will be served by inoculating them?” explains Gagandeep Kang, executive director, Transitional Health Science and Technology Institute.

For example, typhoid strains can only be present in humans and cannot be artificially developed or cultured in labs. Necessarily, the experimentation has to be done on humans if we are to create a more effective cure for such diseases.

There might be many factors that influence disease. How does one make out that a particular pathogen is a causative factor? Way back in the 1890s, German bacteriologist Robert Koch proposed four postulates to give a clear scientific criterion.

Until now, the ‘host’ for testing the Koch hypothesis has always been laboratory rats, pigs and rabbits. However, at times, the infection that affects humans, like say leprosy, does not have suitable ‘animal model’. Thus, testing on humans become imperative.

CHIM around the world

In fact, the first-ever vaccine was developed from a human trial. Way back in 1796, physician Edward Jenner famously infected a child with cowpox and developed a smallpox vaccine that has saved millions of lives.

CHIM is increasingly becoming popular world over. It is being used to create vaccines in Europe and the US. Relying on CHIM data, the US FDA recently approved VaxChora, a vaccine for the prevention of cholera in 18–64-year-old travellers to cholera-affected areas. Further, the recent WHO policy recommendation for administration of Typbar-TCV, a typhoid conjugate vaccine in typhoid endemic regions, also comes from CHIM studies.

“More than 20,000 volunteers have taken part in around 143 trials in developed countries and 12 in low- and middle-income countries till date,” notes Saumil Y Dholakia, professor, Department of Psychiatry, Christian Medical College, Vellore.

However, most CHIM studies have been conducted and continue to be held in high-income countries such as the UK, the US, the Netherlands and Denmark. Only 7 per cent of CHIM studies are conducted in lower-middle income countries (LMIC), home to pathogens which do not affect populations in more industrialised countries. Recently, Kenya, Tanzania, Gabon and Thailand have embarked on CHIM studies, with growing interest from several other countries.

Insights from these studies have contributed to answering urgent scientific and public health queries ranging from transmission cycles of various pathogens inside the human body, pathogenesis or human immune response.

Why India needs it, or doesn’t?

Although infectious diseases contribute to about 20 per cent of the disease burden in India, CHIM studies are currently not being conducted in India for want of appropriate regulatory and ethical framework.

An earlier investigation on Indian strain of Plasmodium falciparum, a malaria-causing microorganism, by the Indian Council for Medical Research (ICMR) ran aground in shallow water. The strain is challenging to grow, and the characterisation of the strain would take several years, and hence, the research had to be given up.

If the western world is undertaking CHIM studies and developing vaccine, can we not just use them?  Why take the risk in conducting such tricky clinical trials in India?

“Rotavirus vaccine was tested in other countries where it showed 90 per cent efficacy, whereas in India, it has only 50 per cent efficacy. There are oral vaccinations, like for cholera and polio, that were tested elsewhere and showed good results. However, they showed low efficacy in India,” points out Kang.

CHIM done in India for diseases afflicting Indian population is far superior to ones conducted on European or volunteers from other ethnic groups.

“CHIM is a faster way to develop a vaccine as it is studied well in human models. And why to depend on the outer populations for these vaccines when we know clearly that they have different genetic makeup, socio-economic background and nutritional demands,” adds Kang.

“Although it is done in the western world, we have a long way to go. People are apprehensive and suspicious, and we must ensure that poor people are not exploited for the sake of money,” says Manjulika Vaz of Health and Humanities Division at St John’s Research Institute, Bangalore, and India Volunteer Infection Research Consortium.

The memories of the notorious Phase III trials conducted on uninformed vulnerable participants in Indore and Bhopal in 2004, as well as the appalling human papillomavirus vaccine trials involving girls from tribal communities in Gujarat and Andhra Pradesh in 2010, are fresh in our minds.

Sandhya Srinivasan and Veena Johari, public health activists, have flagged some severe concerns. Given the poor health infrastructural facilities and potential participants being vulnerable, they fear that the CHIM trials would abuse the poor and state that “even if CHIM were a good method, the current climate is not a good one to use this technique”.

Further, they also raise concern that the existing regulatory frameworks do not permit research that involves intentionally harming participants.

Deception, poor consenting processes, and inadequate disclosure of risks are often cited as issues when volunteers are recruited for clinical trials, besides the vulnerability of the poor, who have insufficient access to healthcare, and are lured by the cash incentives and compensation.

Dr Dholakia, in an article in the Indian Journal of Medical Ethics, notes that “as of now, legal and regulatory requirements in India allow trials involving healthy human volunteers only for testing indigenously developed drugs and patents or foreign drugs which are already tested or are being concomitantly tested in healthy human volunteers elsewhere”. 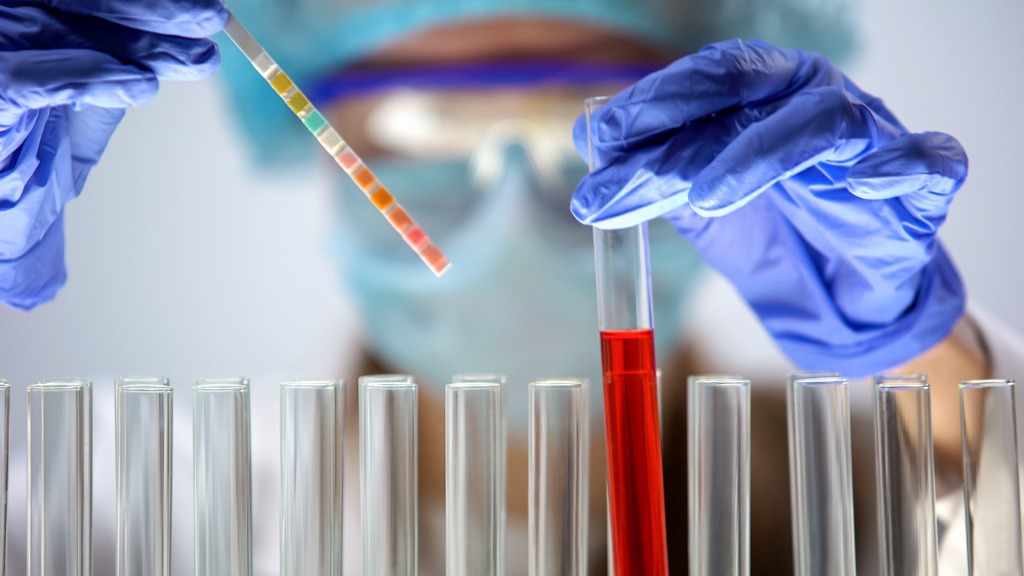 The restrictions in place restrain fear of big pharma companies from running amok. Further, unlike the clinical trials, volunteers needed for CHIM are few.

Anuradha Rose, professor, Department of Community Medicine in Vellore’s Christian Medical College, suggests that CHIM must accept only volunteers from high or middle-income segment, at least a degree holder, with good access to healthcare. She says such a candidate will participate motivated by pure altruism and not enticed by the lure of money or healthcare.

Rose agrees that one may be justified in compensating the “enforced isolation and its psychological and economic effects” when they are isolated for better monitoring. However, the primary motivation must not be money.

She says “for a country like India, where perception often bypasses science, at least initially a paternalistic approach may be the best case to support the establishment of this form of clinical research for diseases of relevance to the country”.

“It is good if it starts with a few people first, say five, and if it goes well, studies can be done with a larger number. As it has risks involved, it is suggested that volunteers and family members must be informed thoroughly,” concurs Vaz.

Researchers in India are gearing up to CHIM to speed up the test of vaccine candidates and also understand how the pathogen transmits the disease, how the disease progresses, and how an individual body responds to it.

Since 2017, Translational Health Science and Technology Institute (THSTI) has been having a consultation with a wide range of stakeholders, including biomedical scientists, social scientists, public health experts, clinical research, media, lawyers, and nongovernmental organisations. As a part of these public consultations, a meeting was recently held at THSTI on September 17, 2019.

A robust framework for CHIM in India is needed to be evolved in consultation with various stakeholders. Rose observes that “even though CHIM studies have been conducted for several decades outside India, until recently, there have been no ethical guidelines developed specifically for this type of research”.

In the context of dramatic inequalities in access and exorbitant increases in the costs of healthcare, Dholakia says “justifying the act of conducting a CHIM study in India would require procedural justice and regulatory vigilance to be implemented at all steps of a CHIM study”.

Once the safe protocol suited to Indian social condition is formulated, they hope to commence CHIM studies on candidate vaccines for typhoid, malaria and chikungunya.

“The first step in this process is to develop guidance which covers both the regulatory and ethical aspects of these studies, which are based on global best practices and keeps the Indian considerations in mind. The next step would entail replicating a study that has been carried out in the West for a disease of direct public health importance to India.

Before actually initiating the study, investments will need to be made in training, capacity building (of researchers, ethics committee), public engagement and infrastructure buildings. These studies will be carried out only in one or two centres of academic excellence where the studies will be rigorously monitored by the ethics committee, the data safety and monitoring board and the Central Drugs Standard Control Organisation (CDSCO),” says a spokesperson for THSTI.

Forgotten healers: When barbers in TN were also medicinal experts

How Modi-Shah’s CAA is painfully oblivious to the plight of Da...