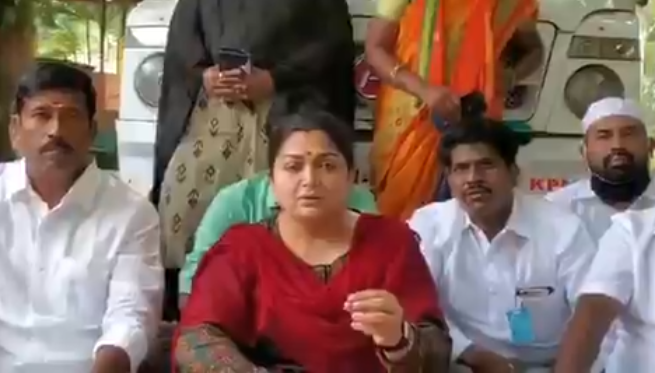 Even as Dravida Munnetra Kazhagam along with its allies established leads in 120 of the 234 seats in Tamil Nadu as of 3 pm on Sunday (May 2), trends show DMK’s strongman Durai Muguran trailing in Katpadi constituency by nearly 5,300 votes.

Durai Murugan, 83, was one of the close confidants of late M Karunanidhi and has remained close to the party’s top leadership for decades. He has held the seat since 1996.

He was named as the party’s general secretary and won seven of the 11 times he contested from Katpadi between 1971 and 2016. His opponent from AIADMK, V Ramu, is fighting the election for the first time.

Some say his failure to bring the PMK into the DMK’s fold and the Vanniyar reservation by the AIADMK in the last minute could have acted against him. Besides, there was anger against him for promoting his son DM Kathir Anand, the MP for Vellore, and ignoring party loyalists.

Meanwhile, the AIADMK, which is leading in 80 seats, saw some of the incumbent ministers trailing in early trends. They include M C Sampath, OS Manian, K Pandiarajan and KC Veeramani among others.

OS Manian, Handlooms and Textile Minister who’s re-contesting from Vedaranyam, trailed by 600 votes. Manian had been a Rajya Sabha MP between 1995 and 2001. A staunch loyalist of late Chief Minister J Jayalalithaa, he had also won the Lok Sabha polls in 2009 and 2014 and served as the district secretary of AIADMK’s Nagapattinam unit.

M C Sampath, Industries Minister, was trailing by nearly 1,500 votes in the Cuddalore constituency. Before the elections, Income Tax officials raided residences of relatives of Sampath and seized ₹ 11 crore in cash.

Another prominent leader, Ma Foi K Pandirajan, a businessman and Minister for Culture and Archaeology, was behind his rival by nearly 5,300 votes in Avadi Constituency. Before the elections, Pandiarajan drew criticism for sharing a manipulated video of Anita, who died by suicide over NEET exams. In the video posted by the minister on Twitter, Anitha was shown as speaking highly of the AIADMK and expressing support for the party, while it was not actually the case.

Also, Minister for Commercial Taxes, KC Veeramani who hails from Jolarpettai, trailed by 1,700 votes against his opponent Devaraji K of DMK.

In another setback for the AIADMK’s ally BJP, though the party was leading in four seats, the much-expected seat Thousand Lights, where actor Kushboo contested, trailed by 1,800 votes as of 3 pm. Kushboo switched from the DMK to Congress and then to the BJP. Her star power doesn’t seem to have made a mark among voters. She left DMK in June 2014, citing a lack of recognition in the party. In November 2014, she joined Congress and quit the party in October 2020, only to resign saying she’s sidelined. The same day, she joined BJP and senior party leaders and co-actors campaigned for her in Thousand Lights. She is fighting aganst Dr. N Ezhilan, a first-timer in Assembly polls.