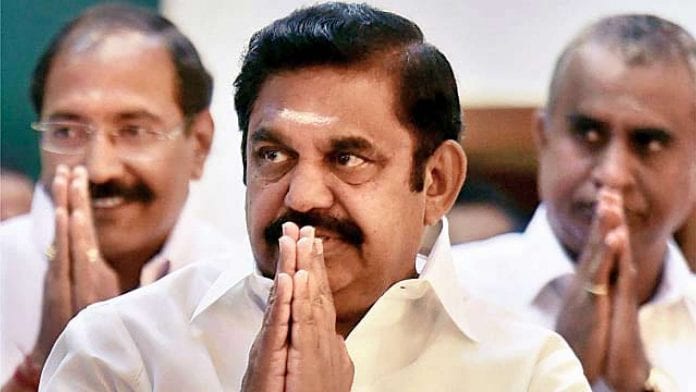 AIADMK won only 5 seats in the Cauvery delta region despite Edappadi K Palaniswami announcing several sops for farmers, including round-the-clock free power in all three phases, and waiving of farm loans

Seventy per cent of the seats which AIADMK won in this 2021 Assembly election has largely come from its western stronghold of Coimbatore, Salem and adjoining districts. The party has won a record 46 seats out of 68 seats from the western region of the state proving that it continues to be an AIADMK fortress.

In Coimbatore district alone, the AIADMK and its ally BJP have won all the seats up for grabs. The party has fared very badly in Chennai district, which DMK and its ally the Congress have swept by capturing all 16 seats. Similarly, in the northern districts the AIADMK was able to corner only 12 out of the 62 seats. AIADMK’s ally PMK, despite the 10.5 per cent internal reservation that was hastily pushed through by the ruling party AIADMK, could not win enough seats.

Similarly, AIADMK’s dismal performance in the Cauvery delta area will surely set off a big debate within the party. Out of the 37 seats in the region, the party won only 5 seats despite Chief Minister Edappadi K Palaniswami announcing several sops for  farmers, including round-the-clock free power in all three phases, and waiving of farm loans etc. All this largesse could not stop DMK and its alliance partners like Congress, CPI and CPM from defeating AIADMK candidates in this region.

Voters in the southern districts, who once favoured AIADMK refused to vote for the party in this election. Out of the 51 seats in Madurai and beyond till Kanyakumari district, AIADMK was able to muster a win in 16 seats, which included the 2 seats bagged by the BJP.

In the southern districts, AIADMK has had problems with AMMK cornering a good number of votes as well, thereby foiling their chances. One obvious example is the Nanguneri constituency. Congress candidate Ruby R Manoharan won the election with a margin of 16,486 votes but in this constituency, AMMK candidate P Iyyappan had received 31,870 votes. Incidentally, Manoharan had lost the by-election in 2019, after H Vasanthkumar resigned because he had won the Kanyakumari seat in the Lok Sabha election.

DMK party candidates have swept not only Chennai district but also Tiruvallur, Chengalpet and Kancheepuram districts in the northern region and in the central zone as well. The party won all the seats in Trichy districts and other delta districts. Out of a total of 37 seats in the central zone, the DMK and its alliance partners like Congress, CPI, CPM and VCK candidates have romped home in 32 constituencies.