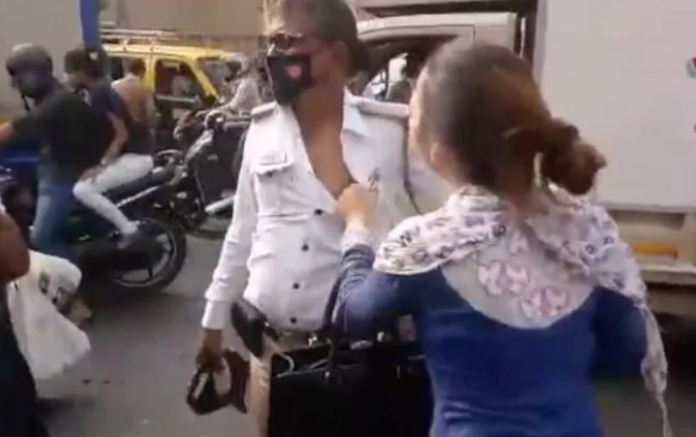 A 29-year-old woman was arrested on Friday (October 23) in Mumbai for assaulting a traffic police constable on duty, according to media reports.

Videos of the incident went viral on social media.

According to India Today, Tiwari had been riding pillion with 32-year-old Mohsin Shaikh. Parte had allegedly fined Shaikh for not wearing a helmet.

An argument came up between them and Tiwari reportedly held Parte by his uniform and hit him, according to India Today. Sangrika Tiwari is seen slapping the traffic police constable multiple times in the video and accusing him of abusing her.

Shaikh, who has been registered a co-accused in the complaint, is seen making a video of the incident.

Other policemen on the spot intervened and broke up the fight. Tiwari and Shaikh were arrested and brought to the police station.

Shiv Sena leader Sanjay Raut reacted to the video saying, “This woman must be dealt with immediately. It is a matter of honor for the Mumbai police.”

He also sought action against the woman.

4 men booked for beating up, urinating on Dalit teen for riding a bi...