A resident of Navi Mumbai was arrested by Mumbai Police on Wednesday (April 15) for posting provocative messages on his social media accounts which allegedly led to a gathering of a large number of migrant workers in suburban Bandra on Tuesday (April 14).

Police arrested Dubey in the early hours of Wednesday after questioning him over his video on social media in which he demanded travel arrangements for migrants, who are stranded due to the nationwide lockdown and want to go back to their native places.

Dubey had also tweeted about the issue and called for a national-level protest if trains are not arranged till April 18.

Dubey was initially detained by Navi Mumbai police and later handed over to the police in suburban Bandra. He has been booked under IPC Sections 153 A (promoting disharmony, enmity or feelings of hatred between different groups), 117 (abetting commission of offence), 188 (disobedience of order by public servant), 269, 270 (negligent and malignant act likely to spread infection of disease danger to life) and provisions of the Epidemic Diseases Act, he said.

His interrogation is underway at the Bandra police station, an official said.

The police suspect his social media messages contributed to the protest by more than 1,000 migrant workers, most of them from Bihar, Uttar Pradesh and West Bengal, near Bandra railway station on Tuesday afternoon.

An FIR has also been registered against a television journalist Rahul Kulkarni for his report on reopening of trains, which police suspect may have prompted gathering of migrants. In his news report, Kulkarni said Jan Sadharan special trains would resume for people stranded due to the lockdown.

As reported by NDTV, an FIR for rioting has been filed against nearly 1,000 people for Tuesday’s mass gathering at Bandra.

Maharashtra Chief Minister Uddhav Thackeray on Tuesday, through a live webcast tried to reassure migrant workers who are stranded in the state that lockdown is not a “lock-up”, and appealed them to face the “challenge” of coronavirus by staying back. 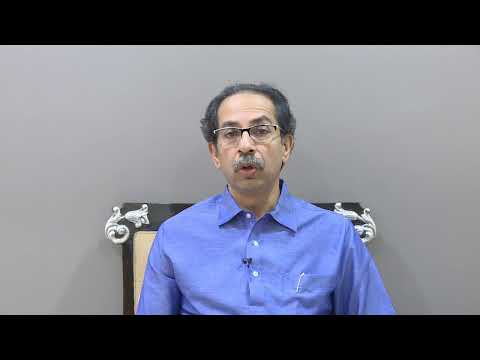 On Tuesday, Home minister Amit Shah spoke to Uddhav Thackeray and expressed concern over the Bandra gathering. Shah stressed that such events weaken India’s fight against the pandemic and administration needs to stay vigilant to avoid such incidents. He also offered his full support to the state government.