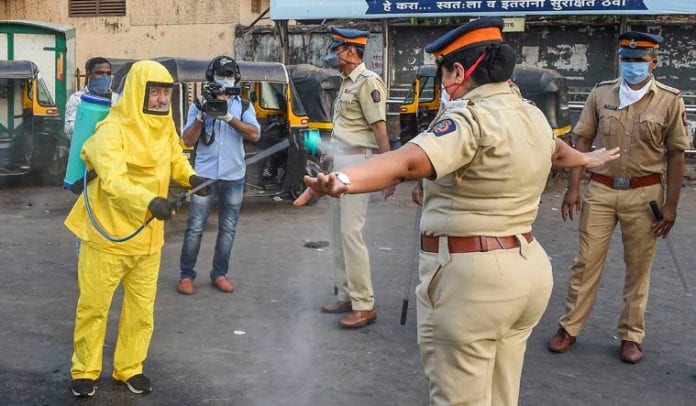 The number of COVID-19 cases in Maharashtra crossed the 50,000-mark on Sunday (May 24) on account of 3,041 new detections, the highest in the single day, a Health official said.

Sunday was the eighth consecutive day when the state reported more than 2,000 new coronavirus cases, he said.

“Of the fresh 58 deaths, 39 were from Mumbai, six each from Pune and Solapur, four from Aurangabad, and one each from Latur, Mira Bhayandar and Thane,” he said.

Currently 4,99,387 people are in home quarantine and 35,107 others in institutional quarantine across the state.

The worst-hit Mumbai Metropolitan Region (MMR), which includes Mumbai and surrounding satellite towns, has reported 38,585 cases and 1,110 deaths so far.

The number of cases in Pune city, which has also seen a steady rise in the case graph, crossed the 5,000-mark and rose to 5,075 with 251 fatalities.

“The overall number of cases and deaths in Pune division now stand at 6,562 and 309, respectively,” he said.

The Nashik division has reported 1,570 cases and 103 deaths due to COVID-19. The tally from Kolhapur division is 504 cases and five deaths while that of Aurangabad is 1,446 cases with 47 deaths, the official said.

The total number of containment zones in Maharashtra currently stands at 2,283.

Related news: Over 1,900 brought back to Mumbai from abroad under Vande Bharat mission

Meanwhile, with the spike in COVID-19 cases weighing heavily on the state government, it needs more time to prepare for the resumption of flight services.

While addressing the people via video message, Chief Minister Uddhav Thackeray said that he spoke to Civil Aviation Minister Hardeep Singh Puri and expressed his concern that lockdown cannot be lifted in the state at this critical juncture.

He said while he understands the need for opening up air travel, the state requires more time to prepare for opening the aviation sector.

According to Thackeray, everything becomes the state government’s responsibility outside the airport, hence Maharashtra needs more time to decide on the standard operating protocol (SOP) for air travel.