Hours after the Supreme Court ordered the Fadnavis government to prove its majority in the Maharashtra assembly by 5 pm on Wednesday, two resignations rocked the four-day-old BJP government. First came the resignation of NCP leader Ajit Pawar from the post of deputy chief minister, soon after which Fadnavis put in his papers. 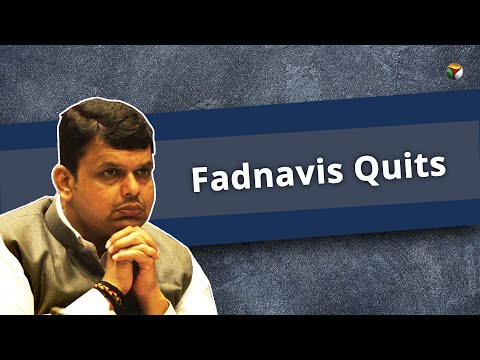 The developments came after Fadnavis was on early November 23 morning sworn in as the chief minister with Ajit as his deputy. Though Ajit claimed the support of the NCP MLAs, his uncle remained adamant on not supporting a BJP-led government and kept discussions on for forming an alliance with the Shiv Sena and the Congress.

The issue soon found itself before a three-judge bench of the Supreme Court, with the three-party combine demanding an immediate floor test, asserting that the BJP does not have the numbers to prove majority in the House. The court on Tuesday directed the floor test by 5 pm on Wednesday.

Subsequently, Ajit vacated his post citing “personal reasons”, following which Sena leader Sanjay Raut claimed that the rebel NCP leader has returned to his uncle Sharad Pawar’s camp. Hours later, Devendra Fadnavis called for a media briefing where he announced his resignation, stating that the BJP doesn’t have majority. Subsequently, he handed over his resignation to Governor BS Koshyari.

During the media briefing, he also questioned the sustainability of the government which the three parties with varying ideologies are planning to form. Further hitting out at the Sena, its former ally, BJP said, “Those accusing the BJP of indulging in horse-trading have themselves purchased an entire stable.”

The Sena-NCP-Congress government would be like an auto-rickshaw with its three wheels running in different directions, he quipped, predicting that it would topple over.

The resignations and the “return” of Ajit Pawar brought celebrations in the combine’s camp, where a resolution was passed on Tuesday evening to have Uddhav Thackeray as the chief minister. Uddhav, who would be the first member of his family to occupy the top post, said his government will not seek “revenge” against anyone.

“I will go to Delhi to meet my ‘elder brother’ after the government is formed,” Thackeray said, referring to Prime Minister Narendra Modi who had called him “my younger brother” during campaign rallies.

Thackeray’s Sena and BJP had fought the polls together as allies but the two parties fell apart over the sharing of the CM’s post.

Meanwhile, asked whether the Prime Minister will be invited for the swearing-in ceremony, Sena leader Sanjay Raut replied in affirmative, adding, “We will even invite (Union Home Minister) Amit Shah ji.”