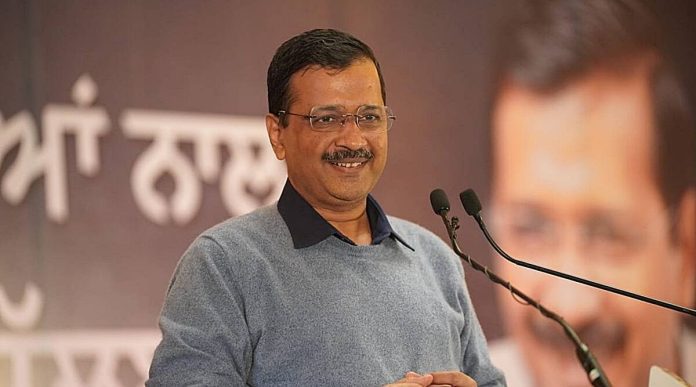 Delhi Chief Minister Arvind Kejriwal predicted that his Aam Aadmi Party will win seven to eight seats in Surat in the Gujarat Assembly elections and gave it in writing.

Kejriwal exuded high confidence of victory in the Gujarat assembly elections which are to be held on December 1 and 5. The counting of votes will be done on December 8.

There’s no competition between AAP and BJP, we are way ahead, Kejriwal asserted.

Surat sends 12 MLAs to the Gujarat Assembly and voting here is bound to happen on December 1. It has mostly leaned toward the BJP, being a large textile and trader hub.

He had earlier stated that the people of Gujarat are scared of the ruling BJP so much that they do not admit their support for AAP openly.

He had earlier said AAP would get 92 seats and had written it on a piece of paper and showed it to media persons.

The AAP leader also promised to remove the “fear atmosphere” among traders in the state and appealed to people to vote for his party.

Among other promises he made during his campaign in the diamond city, Kejriwal assured more employment opportunity and free and quality medical treatment, besides allowing private schools to raise fees.

“We are providing a time bound solution to deal with inflation, and these people (BJP) are abusing Arvind Kejriwal,” he said.