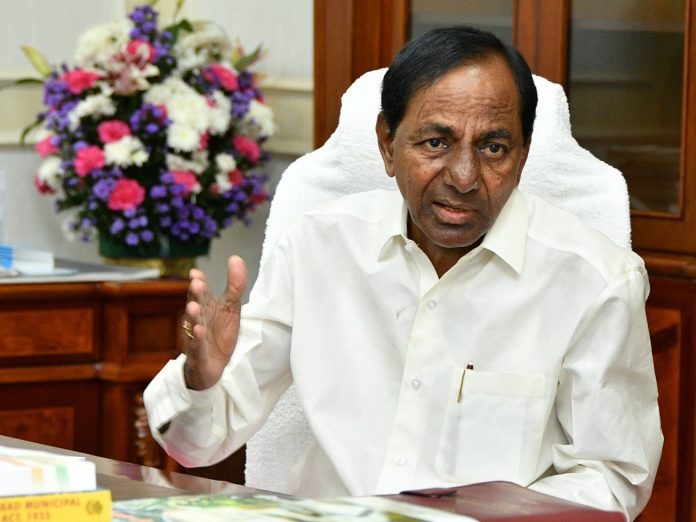 Away from the heat and dust of the ongoing polling process, Telangana Chief Minister K Chandrasekhar Rao has quietly renewed the efforts to push his idea of Federal Front, a conglomeration of regional parties as an alternative to the Congress and the BJP.

KCR, as the Chief Minister is popularly known, has drawn up a plan to visit states and meet leaders of various parties as part of his mission to build support for the alternative front. His first stop will be Kerala. According to TRS sources, he will leave for Thiruvananthapuram soon where he is likely to meet leaders of the left parties.

In the next round, he will visit Karnataka, Tamil Nadu and Andhra Pradesh to meet leaders of JD (S), DMK and YSR Congress Party. He will then follow it up with visits to Odisha, West Bengal, Bihar, Uttar Pradesh and Delhi.

It is interesting that the TRS supremo has chosen to meet the leaders of left parties as part of his Federal Front mission. This is possibly meant to counter the criticism that Federal Front is a B Team of the BJP.

The opposition Congress has often accused the TRS chief of having a ‘tacit understanding’ with the BJP and cited his support for demonetisation, GST and his unconditional backing for the NDA during the Presidential election as a ‘proof of a secret deal’.

The idea of a Federal Front, it was alleged, was part of a well thought-out strategy to spread confusion among the opposition camp by luring the UPA allies.

When KCR first mooted the idea in March last year, it received a lukewarm response.

When he personally met Mamata at Kolkata on March 18 last year, she was believed to be averse to any formation at the national level that excludes the Congress. There was not much enthusiasm from other regional parties as well.

The focus then was more on the need to forge a ‘Mahagathbandhan’ as an anti-BJP platform at the national level.

Scoffed then by a section of the media, who dubbed the Federal Front a non-starter with some reports even suggesting that he was cold-shouldered by Mamata and Patnaik, the TRS president, however, remained positive about the Federal Front taking shape, post-elections. All the while, he has been in touch with the regional satraps and taking his idea forward.

In the changed political dynamics, marked by growing antagonism between the TMC and the Congress, Mamata is veering round to the idea of a Federal Front as a practical and a workable post-poll arrangement.

“In fact, our leader (KCR) has been talking about this political scenario since October last year. We expect the regional parties to emerge as a formidable group that can decide the shape of the next government,” a senior TRS leader says.

In an interview to a national news channel recently, the West Bengal Chief Minister asserted that neither the BJP-led NDA nor the Congress-led UPA would be in a position to stake claim for government formation at the Centre. She spoke about the strong possibility of a Federal Front ruling the roost at the Centre post-May 23, the day results of the general elections will be announced.

Echoing TRS supremo’s views, Mamata predicted that the regional parties would be able to mop up a majority of the Lok Sabha seats in States like her own West Bengal, Telangana, Andhra Pradesh, Uttar Pradesh and Odisha, which together account for a sizable chunk of 185 seats. And, the Federal Front partners would sit together and finalise the Prime Minister through consensus.

The TRS leaders cite the developments in the cow belt, where the Mayawati-led Bahujan Samaj Party has snubbed the Congress, and also the collapse of the Congress-AAP alliance talks to drive home their point that the time is ripe for like-minded regional parties to come together under the umbrella of Federal Front post-elections and present an alternative to the people.

The calculation in the TRS camp is that the LS polls would throw up a “1996-type fractured mandate” with neither the NDA nor the UPA being able to cross the 200-mark in the Lok Sabha. On the other hand, the non-BJP and the non-Congress parties would be able to get more than 150 seats, it is argued.

Sources close to the TRS supremo say that Mamata’s endorsement of the Federal Front is a major boost to the regional parties who can force the national parties to support the grouping after the elections.

During the electioneering for the April 11 polls to the Lok Sabha, the TRS leaders focused on the need for the regional parties to come together to “eliminate the two national parties from the game.”

KCR’s son and the working president of the TRS K T Rama Rao says that the Federal Front would decide who the next Prime Minister would be and the agenda of the next government.

The idea behind the Federal Front is to foster true federal spirit by strengthening the voice of the regional parties in the Parliament and end the domination of the two national parties.

The TRS hopes to repeat its Assembly performance and sweep the Lok Sabha polls, eyeing to capture 16 of the total 17 seats in the state, while leaving Hyderabad LS seat to its ally All India Majlis Ittehadul Muslimeen (AIMIM) whose president Asaduddin Owaisi has been representing the constituency since 2004.

Regional aspirations must have a say

“The regional aspirations will find greater resonance in such a coalition arrangement at the Centre,” says KTR.

“It is time to realize that development of States will lead to nation’s development. Though the Constitution has said that India will be a Union of States, what has emerged so far is a ‘Unitary State’ instead of a true Union of States,” he says.

The Federal Front would be able to correct the “historical imbalances” in the developmental model and would put the country on a high growth trajectory, it is argued. “The successive governments of the Congress and the BJP have failed to meet the aspirations of the people and solve the pressing problems facing the country. With a common strategy and a set of well-defined programmes, the Federal Front has the potential to transform the country’s infrastructure, irrigation, agriculture and industries sectors,” KCR had said while unveiling his idea last year.

Since Congress is his principal adversary in Telangana, KCR is averse to associating himself with any formation at national level of which Congress is a partner.