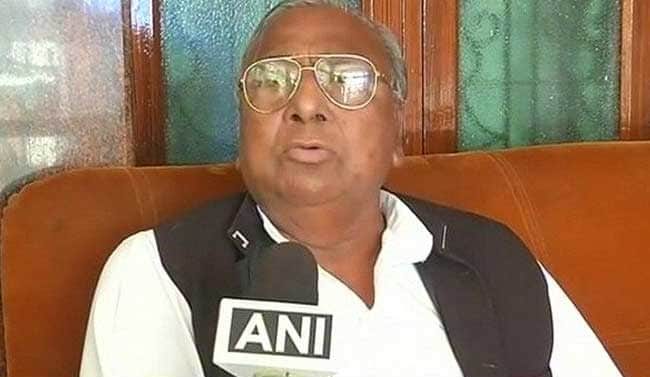 A former Congress MP and some of his supporters were on Tuesday (June 18) taken into preventive custody when they attempted to install an Ambedkar statue near Panjagutta circle here without permission, police said.

V Hanumantha Rao and around 20 of his supporters had transported the Ambedkar statue in a vehicle and tried to install it, but the police prevented them from doing so and took all of them into preventive custody, they said. “There was no permission (for the statue installation). We asked him to produce permission documents from authorities concerned like GHMC, but they failed to produce any such documents and instead argued with police. We shifted the statue and took Hanumantha Rao and his associates into preventive custody,” Assistant Commissioner of Police (Panjagutta Division) Thirupathanna told PTI. A case has been registered in this connection, the official added.

In April this year, a group of people had attempted to install a life-size statue of Ambedkar at the same place (Panjagutta circle) and the Greater Hyderabad Municipal Corporation (GHMC) had then said it was done without permission.

The Ambedkar statue, which was removed by the civic staff, was allegedly carried in a garbage truck and was later found damaged following which two people, including its driver, were arrested.

Manusmriti: Why the ancient text continues to stir controversy