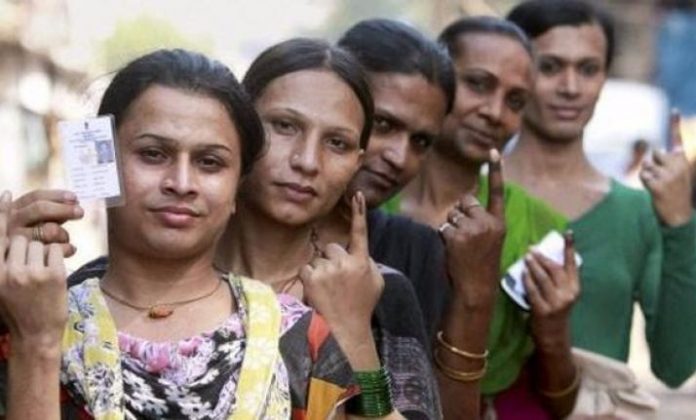 The annual Chitirai festival of Madurai’s Meenakshi Amman Temple coincides with the Lok Sabha polls on April 18 this year. This prompted political parties to request the Election Commission of India (ECI) for a change in date. However, the annual Koovagam festival, held in Viluppuram, too, is neck-and-neck with the date of elections in the state.

The festival sees a confluence of 2.5 lakh transgender people from across India and abroad. The 15-day festival will culminate on the evening of April 17, a day before the elections of the 39 Lok Sabha seats and by-elections of the 18 Assembly seats. The clash in dates has left the community in a dilemma.

The festival has been witnessing fewer crowds due to spiralling costs in boarding and lodging in the area during the season and with elections scheduled, transgender people fear crowds will be thinner this time.

Grace Banu, technologist, South India Transgender Federation and an organiser of the event, said, “April has been important month to our community as we mark April 15 as Transgenders Day, following the Supreme Court verdict on the same day in 2015 to recognise us as the third gender. The election campaign will be in full swing around the time and we will have a lot of trouble finding accommodation, food, and police security. We have been seeing a lower turnout in the past five years. Now, after the announcement of polls dates, we have been discussing in our circles. But we are yet to take a call. This is not a decision to be made by one person.”

Banu says while a section of 50,000-odd transgenders in the state will participate, another significant number from across India and countries like Malaysia, Thailand and Singapore also join the celebration. “Apart from Tamil Nadu, states like Odisha, Bihar, Chattisgarh, Karnataka, Maharashtra, West Bengal and Uttar Pradesh, to name a few, have their elections on the same day. That might affect participation from other states because it would take some of them more than a day to return.”

Kalaimamani Sudha, president, Indian Transgender’s Initiative, points out that this is not the first time that poll dates have clashed with polls. “Most of us have voter IDs and will return to our respective cities for voting on time, but the question is about safety. It is a hassle to be travelling during election time. And for those like me who want to work with political leaders and campaign for them during this time, it is hard to choose between that and the festival,” she adds.

However, even within Tamil Nadu, there are many like Kanaga Nayak, a member of Theni Transgender Movement, the return journey is long and daunting. Kanaga, 36, says, “We have to travel to Dindigul or Madurai to take a train and it is almost an 8-9-hour trip. We have been deliberating this in our Theni circles. And if there is a need, I would want to vote and miss the festival this time. We can make up for it the next year. Polls happen only every five years and it is everyone’s duty to be casting their votes. I have been voting since I was 19 and haven’t missed a single poll.”