The Tamil Nadu government on Sunday (May 31) announced an extension of the ongoing lockdown till June 30, albeit with more relaxations that included partially opening up public transport and allowing more employees at workplaces.

Public transport will resume with reduced services from June 1, but buses will not be operated in Chennai, Kancheepuram, Tiruvallur, and Chengalpattu districts, having the highest concentration of COVID-19 cases in the state. 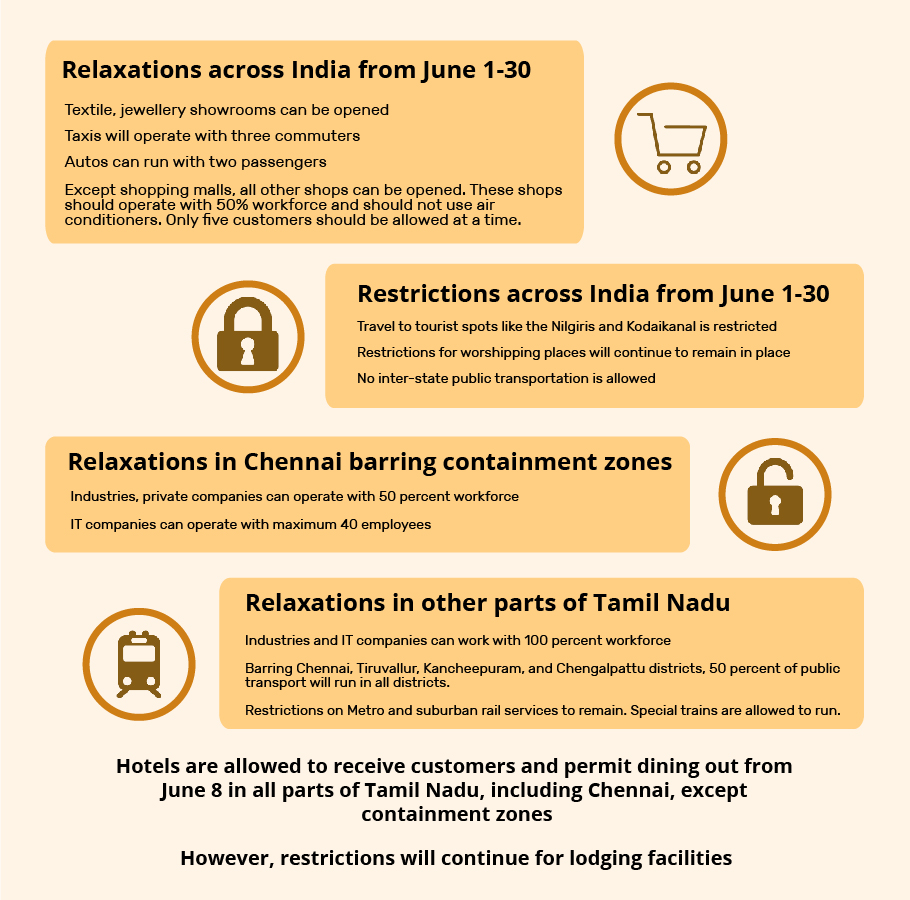 Private stage carriers will be allowed to operate in authorised routes, Palaniswami said.

“To prevent the spread of COVID-19, the curfew is being extended till June 30 under the State Disaster Management Act and as per the Union Home Ministry’s notification,” he said in a statement.

Tamil Nadu is among the states worst affected by the coronavirus pandemic. It witnessed the biggest single-day spike of 938 new coronavirus cases on Saturday (May 30), taking the infection count to 21,184.

The Centre had on Saturday announced ‘Unlock 1’, a phased exit plan from the lockdown that allowed, among others, reopening places of religious worship and restaurants.

The state government on Sunday also announced a number of other relaxations, barring containment zones, and these include allowing more employees at workplaces and permitting showrooms and jewellery shops to re-open. Malls will remain closed, the chief minister said.