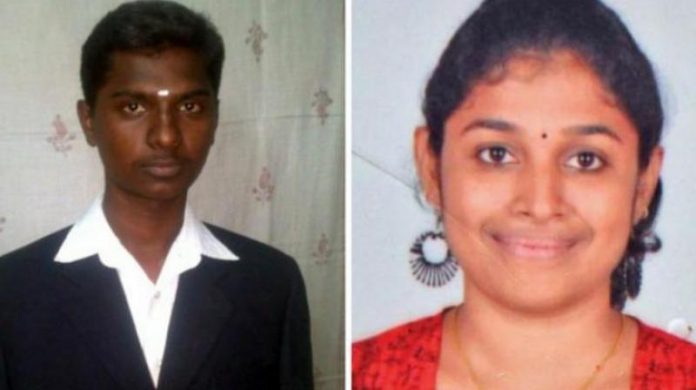 Ramkumar’s father, R Paramasivan, who had always maintained his son had been falsely implicated in the case, wants a reinvestigation into his son's death and Swathi’s murder case

More than two months after Tamil Nadu police arrested P Ramkumar for murdering a 24-year-old techie Swathi at Nungambakkam Railway station in Chennai in 2016, he was suddenly found dead at Puzhal central prison.

The police however claimed Ramkumar ended his life by biting a live electrical wire. Almost five years later, a statement given by one of the doctors, who performed the post-mortem on Ramkumar, and submitted before the State Human Rights Commission (SHRC), indicated that injuries on his body were inflicted after he died. Thus, casting suspicion on how Ramkumar had died in prison.

A document, accessed by The Federal, carried the statement made by Dr R Selvakumar, professor and head of department of forensic medicine and toxicology, Kilpauk Medical College in Chennai. He is a part of the team of doctors, formed on the directions of the Madras High Court, to conduct a post-mortem on the body of Ramkumar in September 2016.

In the statement, Dr Selvakumar said, “When a person, who is alive, is attacked with an object, inflammation will occur in that particular part of the body and as a result, both the sides of that part will swell up. Lips are sensitive and have higher blood circulation. If an injury was inflicted by an attack on the lips, it will swell badly.”

“It was said the deceased had a burn injury – 4X1 cm size – in his lower lip. But the inflammatory swelling was not found on the lips. It indicates the injury was not inflicted when he was alive. The case is the same with 11 other injuries. None of the injuries have an inflammatory swelling,” he added in the statement.

The post-mortem report meanwhile had stated that the deceased had 12 external injuries at several parts of the body including lips, neck and chest.

Earlier, a document submitted by histopathology experts before the SHRC, said that two doctors from Government Royapettah hospital – Dr Andal Palani and Dr Venu Anand – too had not found any evidence that Rammkumar had died by electrocution. They had examined the tissues on several of Ramkumar’s organs including the brain, heart, lips, lungs, tongue and kidney. The doctors had found that the tissues of all the organs were in good condition and had not sustained any damages due to the electrical shock, it said.

The document conclusively added, “We have found no evidence to substantiate that Ramkumar died of electrocution while examining his organ tissues.”

Meanwhile, Ramkumar’s father, R Paramasivan, who had always maintained his son had been falsely implicated in the case, told The Federal that he wants a reinvestigation into Ramukumar’s death and Swathi’s murder case as well.

“Contrary to the claims made by the police, Ramkumar had no connection with Swathi and he was framed as the accused by the police to shield the real murderer. Similarly, I am sure that Ramkumar had not committed suicide inside the prison. It was a murder,” he said.

S Balamurugan, national secretary of People’s Union for Civil Liberties (PUCL) also echoed the same view. Stating that medical opinions should be taken seriously, he also demanded a reinvestigation in the case.

“The state government should reinvestigate the case as there had been a lot of doubts about the case from the beginning and it is the responsibility of the state to clear all these suspicions. As per section 173 of CrPC, there are provisions to reopen a case when new evidence emerges,” he pointed out.

Since Ramkumar’s death is suspected to be a custodial death, the state government should take it very seriously and not close the case in a hurried manner or else that would raise more suspicion, he added.

With the recent developments, the doubts and misgivings surrounding Swathi’s murder case and Ramkumar’s death have increased, said K Samuel Raj, the state general secretary of Tamil Nadu Untouchability Eradication Front. “Ramkumar’s death now looks more like a custodial death and the police and the prison are trying to cover-up the truth around Swathi’s murder case. As the family demands, the state government should reinvestigate both the cases,” he said.