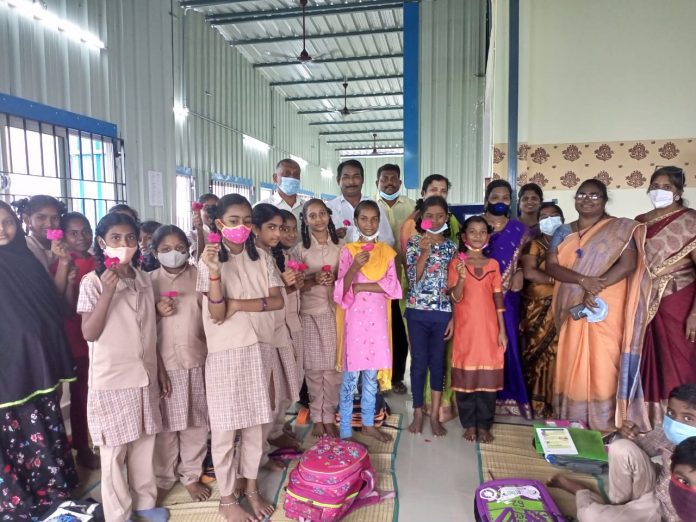 After a span of nearly two years, schools reopened in Tamil Nadu for classes 1 to 8, on November 1. To mark the significant occasion, not just teachers, even the legislators, district collectors and local body representatives landed up in the schools to welcome the children and allay fears of the COVID-19 pandemic.

The schools across the state had been shut for more than 600 days due to the coronavirus pandemic. However, like most states, Tamil Nadu schools too adopted online classes televising the lessons through Kalvi Tholaikkatchi. Some of the teachers went the extra mile and travelled to villages to reach their students.

Many educationists and parents were worried about the impact of missing out on engaging with the teachers and other classmates in a school atmosphere on children. But the threat of COVID kept administrators from opening schools. 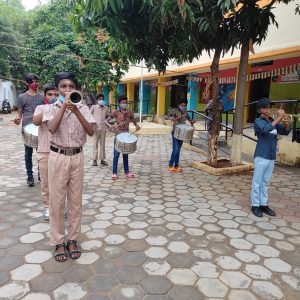 However, after establishing proper standard operating procedures such as temperature checks at the school entrances, conducting classes on rotational basis and tying up with local primary health centres etc., the state government decided to reopen schools in stages. At first, classes 9 to 12 were opened on September 1, after which, classes have now flagged off for classes 1 to 8.

To ensure smooth running of the classes, Tamil Nadu Chief Minister MK Stalin issued a statement on October 30 saying that he had requested the MPs, MLAs and local body representatives to welcome the students.

“We can welcome the students and allay their fears by distributing sweets and flowers. For the first two weeks, to engage the students, teachers can tell stories that can build confidence in them besides songs and playing games. The teachers should provide them refresher classes,” suggested CM Stalin in his statement.

While there is 90 per cent attendance in the districts unaffected by rain, most of the southern districts like Tiruchy, Thanjavur, Tiruvarur, Mayiladuthurai, Nagapattinam, Cuddalore and Villupuram have announced a holiday for the schools, said PK Ilamaran, state president, Tamil Nadu Teachers Association.

According to Illamaran, many matriculation schools were compelling students to pay the fees for the last two years, when schools were functioning only through online classes due to COVID-19 lockdown. The schools have told the parents that they will not get the transfer certificate (TC) if they don’t pay up the pending fees.

Unable to pay the fees for the two years, parents are making a beeline to government schools. Moreover, the state government has announced that the TC is not mandatory to join government schools up to Class 8, which has further made it easier for the parents.

To maintain social distancing, students of different classes will be asked to attend schools on alternative days like for example, Class 8 will function on Mondays and Class 7 on Tuesdays, and so on. In that way, the schools have ensured that each class will have two days of class in a week, said Ilamaran.

“The parents in the rural areas do not worry about the pandemic and hence they send their children to the schools without any fear. But it is the urban population which worries a lot. People from rural areas have started to realise the importance of education during this lockdown,” said Anand.

Meanwhile, many school associations had requested the government to reopen schools on October 8 after the Diwali holidays. They had felt that three days after returning to schools, children would get holidays again causing a disruption in learning but the government went ahead and reopened schools.