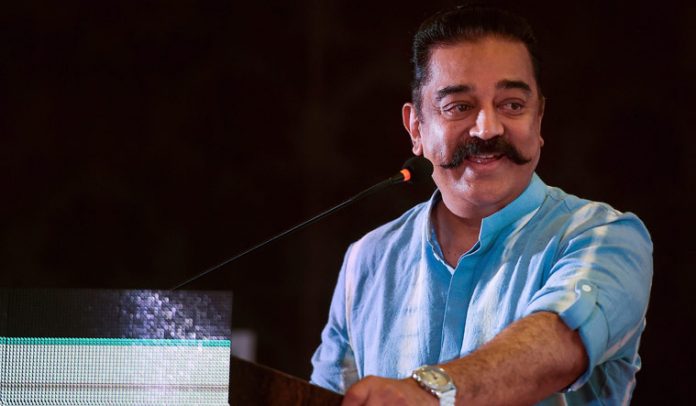 Dubbing the October 21 bypolls to two Assembly segments in Tamil Nadu as a “corrupt political drama” by the AIADMK and DMK and a “power struggle,” between them, Makakl Needhi Maiam (MNM) chief Kamal Haasan on Sunday (September 22) said his party would not contest the byelections.

The Haasan-led party, which its electoral debut in the Lok Sabha polls months ago and secured the third slot in a number of seats, said it does not want to be part of “this corrupt political drama in the name of byelections to Nanguneri and Vikravandi.”

In a statement here, party president Kamal Haasan said, “It is very apparent that the byelections will be nothing more than a power struggle between the ruling party and the one which governed earlier to retain their power and positions they have.”

The actor-politician said MNM is rapidly working towards getting the support of the people of Tamil Nadu and “to form the government in 2021, thereby removing the old, redundant political parties and their corrupt counterparts to provide a good governance which the people deserve.”

On Saturday, DMK chief MK Stalin had announced said his party would seek re-election from Vikravandi and its ally Congress from Nanguneri, and also Kamaraj Nagar in Puducherry. Vikravandi and Nanguneri seats fell vacant in June and May this year respectively.

DMK’s K Rathamani, who represented Vikravani died, while H Vasantha Kumar of the Congress, who was the Nanguneri MLA, resigned from his post in May following his election to the Lok Sabha from Kanyakumari constituency. V Vaithilingam of Congress, who represented Kamaraj Nagar, resigned after he was elected to the Lok Sabha from the Union Territory.