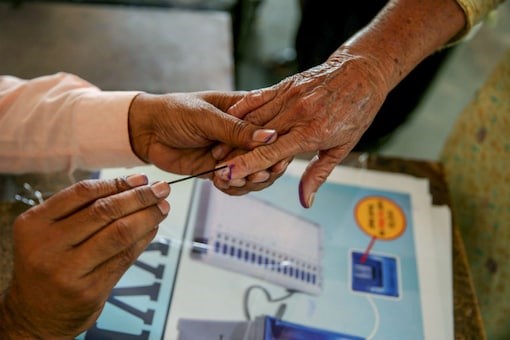 The differently abled in Tamil Nadu are poised to break age-old barriers as they are all set to contest in the upcoming rural local body polls. Nearly 40 disabled candidates are in the fray in the rural civic polls to be held on October 6 and 9, making a strong bid for posts such as panchayat ward member and union councillor.

Out of the 40, interestingly, more than a dozen candidates are women.

All the 40 contestants belong to the ‘December 3 Movement’ based in Chennai, which works for the rights of the differently abled. Similar organisations in the state are also providing moral and other kinds of support to these candidates.

This level of participation in political governance has been largely due to the efforts made by this organisation. According to TMN Deepak, president, December 3 Movement, they had for the first time held a state level political conference for the differently abled in 2018, in which they had discussed enabling the differently abled to break into political governance. The seeds were probably sown at that time.

Though the differently abled individuals are stepping forward to participate in political governance, government officials however are reportedly reluctant to encourage them.

For instance, a differently abled candidate named Tamilarasi from Villupuram district had a challenging time trying to meet election officials involved in allotting the symbols to the candidates on September 27.

“I was made to wait between 3 pm to 7 pm at the Block Development Office in Vikkiravandi. There are no ramp facilities in the building and I was unable to enter the office. Instead of allowing me to take part in the symbol allocation, they picked up lots without me and distributed the symbols. I came to know that I had been allotted the auto rickshaw symbol through one of my fellow contestants. This is how callously they treat us,” said Tamilarasi.

Adding salt to injury, the complaint Tamilarasi made about this cavalier treatment towards her to the district welfare officer for the differently abled fell on deaf ears.

Having completed her bachelors degree in Commerce, Tamilarasi is also the district secretary of the ‘December 3 Movement’. If elected, she has promised to provide van facilities for the children in her village to transport them to schools instead of having to walk long distances to reach school.

S Namburajan, general secretary, Tamil Nadu Association for the Rights of All Types of Differently-abled and Caregivers believed that government officials are not sensitised about the needs of the disabled.

“In many districts, officers sit on the first floor of the BDO buildings. Only the ground floor has ramps. But they do not make any arrangements to accept the nominations of the differently abled. The officers will not come down because they are not sensitised about their rights,” said Namburajan.

Moreover, Namburajan pointed out that many Bills tabled in the state assembly involving the rights of the differently abled have not been realised to date. In 2011, the nomination of a candidate named A Kavitha from Navamal Kapperi village in Villupuram, who is deaf, was rejected in the local body polls citing her disability under Section 33 (3), of Tamil Nadu Panchayat Act, 1994.

After a lot of protests and agitations, in 2012, an amendment was brought in the Act enabling people with speech and hearing impairments, including those affected from leprosy to contest the rural local body polls.

Today, A Kavitha, is very much in the fray in this rural body polls, contesting for the post of ward councillor in the Navamal Kapperi village panchayat.

The situation is status quo however in the urban context. In 2019, the then government tabled a Bill to amend the Chennai City Municipal Corporation Act, 1919 and Tamil Nadu District Municipalities Act, 1920, so that the persons with disabilities could contest in the urban local body elections. The Bill is yet to see the light of day.

The demand for reservation of seats for the differently abled is also long overdue, according to S Nandakumar, general secretary, Thannatchi, an organisation working towards creating awareness on Panchayat Raj. “Only if they are provided with reservation in the local body polls, their representation in other schemes such as MGNREGA, can be ensured fully,” he pointed out.

In their 2018 meeting, the ‘December 3 Movement’ had drawn up a declaration in which they urged the state and Union governments to provide 5 per cent reservations (including special internal reservation) in Panchayat Raj institutions and to make suitable amendments in the Tamil Nadu Panchayat Raj Act 1994.

In December 2019, after a delay of three years, the AIADMK government conducted the local body polls. The organisation president Deepak, who is also an assistant professor, Department of Social Work, Loyola College, Chennai, said, “We were unable to take part in that elections since our organisation had no presence in many districts. We are now in 22 districts, so we decided to contest this time.”

The organisation however has faith in the new DMK government and hopes that they will consider their demands. “The DMK is known for its social justice measures. It has given an opportunity to a transgender to be a part of the state planning commission, so now, we believe the government will also include differently abled under its social justice efforts,” said Deepak. They still have a long road ahead of them but contesting in the rural body polls is a start.