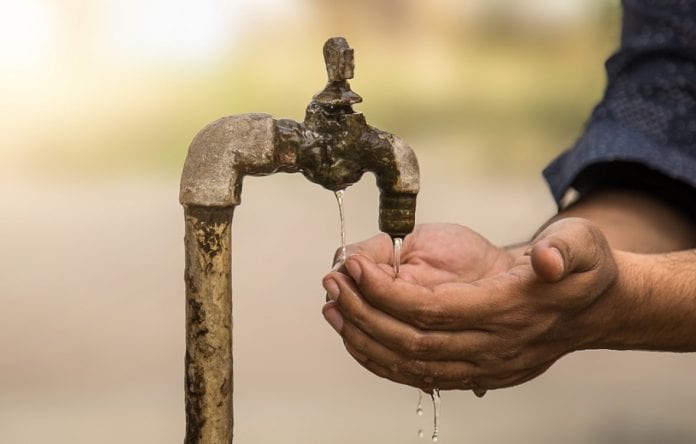 To intensify the climate adaptation program in the country, the Rural Development and Jal Shakti ministries and the German Ministry for Economic Cooperation and Development jointly launched the ‘Water Security and Climate Adaptation (WASCA) in Rural India’ project, in Chennai on Friday (November 29).

The project, which aims at improving water resource management in the districts vulnerable to climate change, will be implemented in Rajasthan, Madhya Pradesh, Uttar Pradesh and Tamil Nadu.

A four-member team of the Centre for Climate Change and Disaster Management (CCCDM), Anna University, Chennai has conducted a study across the state and ranked the districts on the basis of parameters like climate vulnerability, water resources vulnerability, agricultural vulnerability and socio-economic vulnerability.

These two districts are vulnerable in all aspects, the member said. “The study was done on the basis on Intergovernmental Panel on Climate Change (IPCC) methodology and we studied 18 other indicators as well.”

Being a coastal district, Ramanathapuram district is vulnerable to intrusion of saline water and high soil erosion. Meanwhile, Tiruvannamalai suffers from overexploitation of groundwater and it is water stressed, says the CCCDM study report.

In Tamil Nadu, the project will be implemented by Deutsche Gesellschaft fur Internationale Zusammenarbeit (GIZ) along with the Department of Rural Development and Panchayat Raj.

Speaking to The Federal, G Muthumeenal, additional director, department of Rural Development and Panchayat Raj, said that while the technical support will be provided by GIZ, the funding will be taken care by the government.

“The project period is three years. The key focus will be on improving financing mechanisms for climate adaptation and demonstrating water management measures in the two selected districts. The project will be strengthened by Mahatma Gandhi National Rural Employment Guarantee scheme funding and by tapping the private sector’s corporate social responsibility (CSR) funding,” she said.

TN to be the first state to submit NWM report

In a speech at the project launch, S Raja, executive engineer, State Groundwater Board, Chennai and the nodal officer, National Water Mission, said that Tamil Nadu is going to be the first state to submit the report of the first goal of the water mission.

The National Water Mission is one of the eight missions of the National Action Plan on Climate Change. It was implemented in 2017, he said.

“Tamil Nadu has 17 river basins spread across 32 districts. We have studied the water level and its quality in all the districts. Earlier, we didn’t use to have data regarding water usage since some of the districts never shared their data with us. But now for the first time, we collected data from every district and department which has a stake in water usage,” he said.

Raja added that data was also collected from the school department regarding it usage and source of water. “With these data, we will be able to make projections for the next 50 years, as to how much water will be left and how we can use it efficiently,” he said.

While other states are having groundwater data only at block levels, Tamil Nadu is the only state which have such data at revenue block-level, Raja claimed.

“The water mission has five goals, of which the first one is to have a comprehensive water data in the public domain. We have completed the data collection and prepared a report which we have submitted to the state steering and monitoring committee, formed under this mission. Once the committee approves the report, we will put out the water data in the public domain in the first or second week of December. The data will be useful for public work department (PWD) engineers, academicians and researchers,” he said.