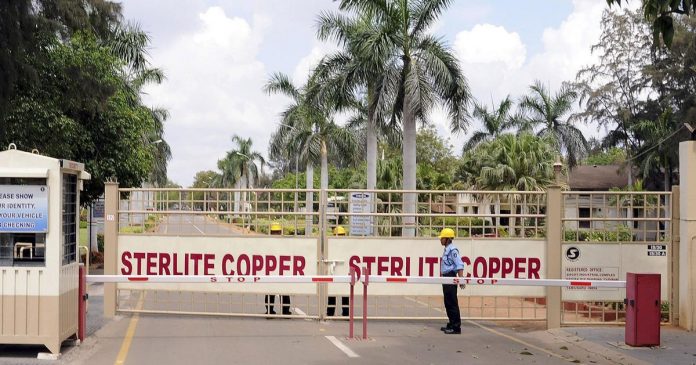 The Madras High Court has reserved orders on a petition moved by mining major Vedanta Limited challenging the closure of its copper smelter unit in Thootukudi in Tamil Nadu in May 2018.

Concluding the hearing of arguments after 39 days, a special bench of Justices TS Sivagnanam and V Bhavani Subbaroyan said on Wednesday (January 9) it would try to deliver the order as expeditiously as possible.

Vedanta had approached the high court on in February last year seeking to reopen the Sterlite plant which was closed following a May 23, 2018 order issued by the Tamil Nadu

Pollution Control Board (TNPCB) in the backdrop of violent protests against the unit that left 13 people dead in police firing on May 21 and 22.

Vedanta had moved the plea as suggested by the Supreme Court.

The top court had on February 18, 2019, set aside the National Green Tribunal order that allowed opening of the Sterlite Plant, which was at the centre of massive protests over pollution concerns.

It, however, gave the liberty to the company to approach the high court against the closure orders of the Tamil Nadu government and its state pollution control board.

An interim relief sought by Vedanta to permit access to the 200-acre factory premises to carry out maintenance work was rejected by the high court based on the assurance provided by the state that it would take responsibility of the premises.

The state government and TNPCB represented by the Advocate General Vijay Narayan and senior counsel CS Vaidyanathan opposed the plea for reopening of the plant, terming Sterlite as a “chronic” defaulter.

“Unrestrained pollution appears to be standard modus operandi of the company, as it has been found guilty of various violations globally, ” they had contended.

Vedanta’s senior counsels Aryama Sundaram and PS Raman countered the arguments, claiming that the closure order was nothing but “naked discrimination” against the company.

The company also contended that the GO was only a knee-jerk reaction of the state to “appease” a section of public with vested interest after 13 protesters were killed in the police firing.

It also alleged the hand of a Chinese company behind its closure and claimed the company which has financial interest in copper manufacturing was funding the protesters to agitate against Sterlite which is one of the biggest copper manufacturers with state-of-the-art technology.

Opposing the submissions, impleading petitioners in the plea Professor Fathima and Makkal Adhigaram told the court that the environment in Thoothukudi had actually improved after the closure of the plant.

Explainer: Why Centre is stalling OBC reservation for medical seats ...