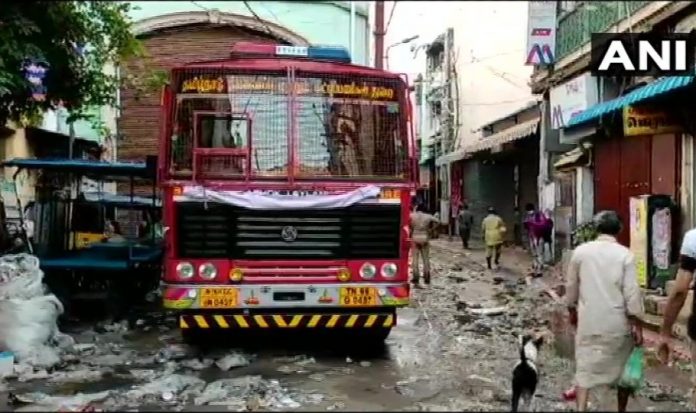 Fire broke out in a textile store in Navabathkana Street near Vilakkuthoon in Madurai in the wee hours of Saturday (November 14). Two firefighters were killed while putting out the fire.

A portion of the building collapsed and fell on the firefighters, killing them. Two more firefighters suffered minor injuries and were taken to a private hospital near Periyar.

Police sources said that the store, located in Navabathkana Street, was closed  at around 11 pm on Friday (November 13) night. The fire broke out at around 2.30 am.

The textile store was functioning in an old building, only 10 feet wide and 30 feet long. The fire broke out in the first floor of the building.

Four firefighters Krishnamoorthi, Sivarajan, Kalyan Kumar, and Chinnakaruppu entered the building. As they fired their extinguishers, a part of the building collapsed and fell on Krishnamoorthi and Sivarajan. They were fully covered by debris and could not be located.

An earthmover was brought to remove the debris. The two firefighters were recovered, one by one, at 5 am and sent to a hospital, where doctors declared them brought dead.

In total, five fire tenders were used to extinguish the fire. They were supported by two tanker trucks from Madurai corporation.

In TN, senior officers cajole hesitant employees to get vaccinated