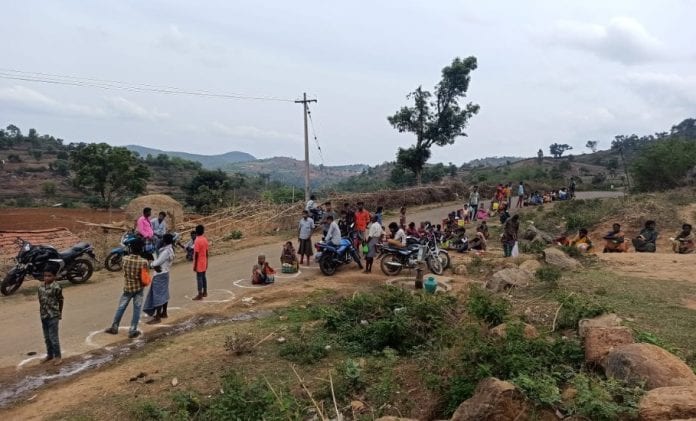 A handful of districts in western Tamil Nadu are collectively referrred to as 'Kongu Nadu'. This file picture was taken in Erode (representational image).

The Centre’s use of the term ‘Kongu Nadu’ to identify the region of former Tamil Nadu BJP unit chief L Murugan — in the list of new Union ministers — has become a hot topic in the state.

No formal ‘Kongu Nadu’ is in existence now. There are just a handful of districts collectively known as ‘Kongu Nadu’ since, in ancient Tamilakam (the region inhabited by Tamil speakers in olden times), they were part of the same kingdom.

Though the Centre has the constitutional power to carve out a separate state from Tamil Nadu, if the BJP thinks it can set up a ‘Hindutva nation’ in Kongu Nadu, it may be a fallacy. It is true that after the Coimbatore bomb blast incident in 1997, right-wing groups have developed some presence in the Kongu belt. But that will be insufficient to build a strong Hindutva foundation.

“Jainism was in existence in Kongu Nadu between 12th century BC and 3rd century BC,” said Pulavar S Rasu, a renowned epigraphist based in Erode.

After giving up his kingdom, Chandragupta Maurya is believed to have travelled South along with his spiritual mentor Acharya Bhadrabahu. When they arrived at Shravanabelagola in modern-day Karnataka, Bhadrabahu died and the king travelled further south to Kongu Nadu along with 8,000 followers of Jainism, said Rasu.

“It was from Kongu Nadu that Jainism spread to Pandya Nadu (consisting of the present-day southern parts of Tamil Nadu like Madurai), Thondai Nadu (northern districts like Vellore), Chola Nadu (districts like Thanjavur) and Sri Lanka. Today, one can find 72 Jain temples and 54 epigraphs related to Jainism in the Kongu belt,” said Rasu, whose doctoral thesis was about Jainism in Kongu Nadu.

How the Jains lived

According to him, Jainism in Kongu Nadu worked on four fronts — medicine, education, providing safety and food. The followers also produced books on morals, epics and other literature.

“Wherever they went, the Jains learnt the language of the soil and they taught, treated, guarded and fed the people. Before the arrival of Jainism, people used to sacrifice animals to their gods and eat meat. Jainism taught non-violence and love for animals and the practice of killing animals for food got reduced.

“But animal sacrifice started again during the Nayaka dynasty period. At that time, Jainism didn’t get a warm response among the kings, and hence the people gradually started giving up the religion. Over a period, the Jain temples were converted into Shaivite temples. The best example is Amanalingeswarar Temple in Tirupur district,” said Rasu.

It should be noted that Shaivite saint Sundarar came to Kongu Nadu in the 7th century BC.

Because of the appropriating of Jain temples by the Shaivites, Jainism in Kongu Nadu has become a ‘forgotten religion’, similar to how the Vijayanagara empire is now considered a ‘forgotten empire’, added Rasu.

But what about the caste hierarchy in ancient Kongu Nadu?

“Until the 9th century BC, that is till the arrival of Aaditha Cholan, Kongu Nadu was ruled by Irula tribes,” said Coimbatore based historian Senthalai N Gowthaman.

It was during the period of Aaditha Cholan that agriculture was introduced and people began to live in permanent places. Before that people were nomadic and were mainly into cattle grazing, he said.

“The word ‘Kongu’ refers to undulating land which cannot be used for anything. There was no city called Coimbatore then. It was only in the 12th century that the region started turning into a city, as agriculture took place on the banks of the Noyyal river. What Aaditha Cholan introduced was marutham (one of the five landscape systems in ancient Tamil Nadu) civilisation. The tribes had a mullai (another ancient landscape system) civilisation. Even today, in their traditional songs, one can recognise the fears of tribes over losing their civilisation with the introduction of a new civilisation,” said Gowthaman.

Till the 13th century, there was no mention of ‘Gounder’ (a dominant caste in current day Tamil Nadu). The root of the word lies in another word, ‘kaamindan’, meaning a noble protector of the land.

“Then, the castes were based on the work done by the people. So, the grandfather, father and son would be doing various kinds of jobs and their castes would be different. The concept that the grandfather’s caste is also the caste of the grandson came in only after the 13th century. So, before that, there was no caste named ‘Gounder/Kaamindan’. Whoever did the work of protection was called a Gounder,” Gowthaman added.

Ra Murugavel, a Coimbatore-based advocate and writer, said Kongu Nadu was a big trade centre even in ancient times.

“Before the arrival of Muslim king Malik Kafur to Tamil Nadu, the Kongu region had many highways, similar to current ones, such as ‘Rajakesari Peruvazhi’, ‘Konga Peruvazhi’ and ‘Athiyaman Peruvazhi’.  These highways connected one point to another through Kongu Nadu. Because of that the region became a big trade centre,” he said.

“Kodumanal (the place in present day Tirupur district) is one of the major archaeological sites of Tamil Nadu. In the olden days, it had iron ore industries and produced good quality swords and other iron tools. Similarly, the region had rich pastoral lands and because of that people used to domesticate animals like Kangeyam bulls,” he said.

Since Kongu had a floating population, two kinds of castes formed there. One, the local castes, and two, the new castes formed after people migrated to Kongu from other places.

“This richness paved way for different cultures to emerge and also reflected in their religions,” Murugavel added.

Pegasus could be Cong-JD(S)’s poll plank to defeat BJP in Karn...