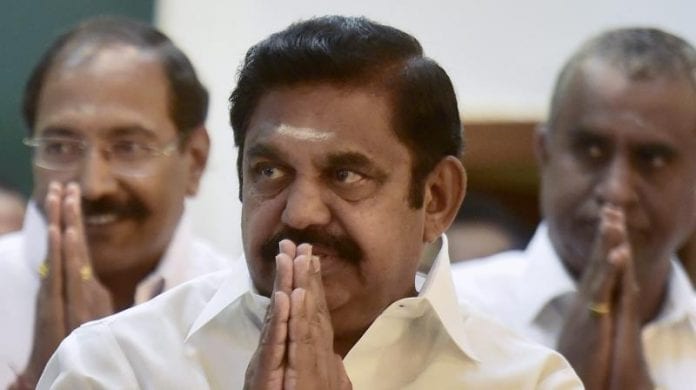 Tamil Nadu Chief Minister Edappadi K Palaniswami met Union minister for Jal Shakti Gajendra Singh Shekhawat on Saturday (June 15) in New Delhi and urged him not to give permission to Karnataka for constructing the Mekedatu dam in Cauvery.

Edappadi also said that Karnataka going ahead with the project will amount to contempt of court. Earlier, Karnataka Chief Minister HD Kumaraswamy called on Shekhawat over the same issue and submitted a representation seeking nod for the project.

The letter, apart from seeking permission, stated that there was no need for Karnataka to secure the concurrence of Tamil Nadu to construct a dam anywhere in Cauvery. Emphasising that the Supreme Court’s judgment will not come in the way of Karnataka going ahead with the project, it added that the Central Water Commission’s direction to seek the permission of the lower riparian state is not acceptable.

Further, the letter insisted that consent be given for the Mekedatu project without any delay to help the state overcome the water scarcity.

Both the chief ministers had gone to the national capital to participate in the first Niti Aayog meeting taking place after the Lok Sabha polls.

A money-making venture for cattle farmers is saving vultures from ex...