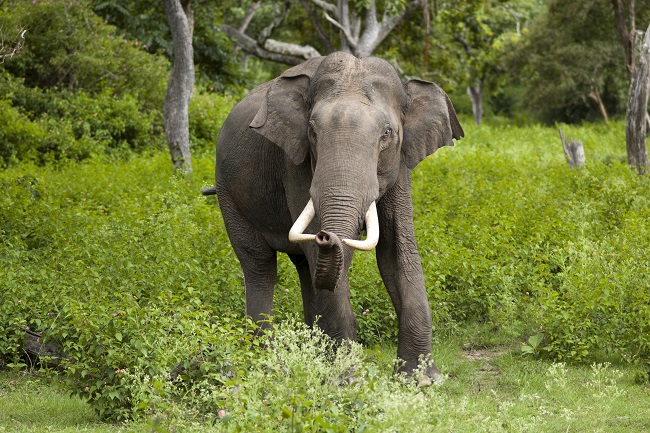 Tamil Nadu is witnessing a new and emerging conflict in its villages, especially on forest fringes. The people live in constant fear and are wary of the ‘animals of the night’ which wantonly feed on the fruits of their tedious toil. Welcome to the new reality where peaceful coexistence with the ‘immediate fauna’ has slowly given way to gory confrontations involving man and elephants.

Tamil Nadu recorded 1,299 elephant deaths since 2001. At least 1,000 people lost their lives in elephant attacks during the same period.

People have been seeking ways to mitigate animal intrusion and crop raids but it is easier said than done. Experts say the action should be sustainable for the animals and the farmers alike.

The Tamil Nadu forest department is woefully inadequate with its strategies to mitigate the conflict. Experts say ensuring a ‘free passage’ for elephants can reduce human-elephant conflict. But this is not on the list of remedies with the Tamil Nadu government.

Wildlife activists say elephant ‘intrusions’ started when the natural pathways and passages which the animals used to move from one place to another got blocked due to new human settlements coming up. “It is often wrongly interpreted as animals venturing out to the villages for food and water,” Mohan, an environmental activist said.

More recently, in 2017, the Wildlife Trust of India (WTI), in concurrence with the Union Ministry of Environment, Forest and Climate Change released a report recommending a minimum of 101 elephant corridors in the country.

Of the total elephant corridors, 28 are in south India, 25 in central India, 23 in North-Eastern India, 14 in northern West Bengal, and 11 in north-west India.

Most of the states have done very little to protect elephant corridors. According to an expert committee report submitted before the Supreme Court in connection with a case on elephant corridors, only Tamil Nadu had notified the Nilgiris (an elephant corridor) as ‘elephant reserve area.’ The other states including Karnataka, Kerala, Arunachal Pradesh, West Bengal, Assam, Meghalaya, Odisha, and Uttarakhand had not taken any action in this regard.

Despite notifying Nilgiris as an elephant corridor, the report said, 821 buildings had been constructed in the corridors illegally. Of the 821 buildings, 309 were resort complex with restaurants and 390 were houses.

The report had recommended a series of steps to be taken urgently to secure and protect critical elephant corridors. It asks the States to delineate the identified elephant corridors and notify them as sanctuaries under the provisions of the Wildlife Protection Act, 1972; send proposals to the MoEF to declare the corridors as eco-sensitive zones under the provisions of the Environment Act 1986; and refer all proposals to build roads and canals, and set up transmission lines to the Forest Advisory Committee and the Standing Committee of the National Board for Wildlife for approval.

The Tamil Nadu government is but yet to wake up to the situation even after the matter has gone to the Supreme Court.

“The elephant corridors would be protected only if the government notifies it as an elephant reserve or ecologically sensitive zone, in the gazette. Only after the order is passed can restrictions be imposed by the Forest Department. Without protecting elephant corridors, reducing human-elephant conflict is not possible,” he said.

Foresters on the field said securing elephant corridors and creating two-km buffer zones were necessary. These should be notified as ‘environmentally protected zones’ as the conflict is ‘high’ in a radius of two km from the reserve forest fringe.

“Most of incidents of loss of life are reported from villages close the forest boundary. And almost all people in the villages encounter elephant attacks when they go out to defecate in the open at night. “We do not record it officially but is also a reason. So, local bodies should take steps to set up public toilets in hill villages and in villages adjacent to forests,” a forester, who has been with the department for 18 years, said.

Speaking to The Federal, a senior officer in the Tamil Nadu Forest Department said on condition of anonymity that it was not possible to declare the areas as eco-sensitive zones or elephant reserves now.

“If the place is declared as ecologically sensitive, no development activities should be carried out in the area. Also, the existing buildings and the revenue lands in the elephant corridors would be acquired by the government. However, the government may not want it now as huge educational and spiritual institutions and farm lands have come up on elephant corridors,” the officer said.

The government had to take a policy decision to protect elephant corridors. With regard to the Nilgiris, the Revenue department is implementing the Supreme Court order and as many as 38 resorts had been sealed by the Nilgiris collector,” the officer said.