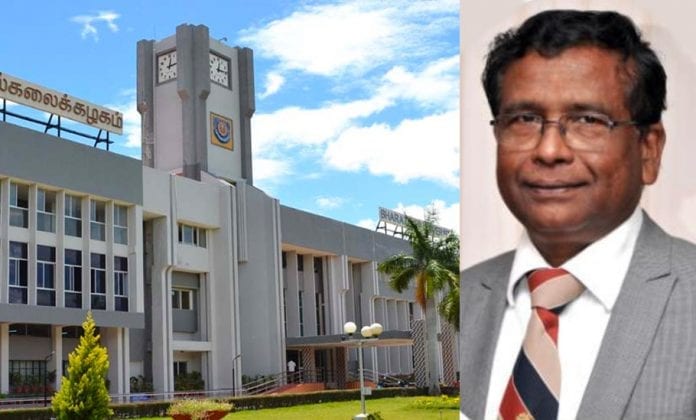 Tamil Nadu Governor Banwarilal Purohit on Wednesday (October 16) appointed P Kaliraj as the vice-chancellor of the Bharathiar University in Coimbatore. Kaliraj, is professor emeritus, centre for biotechnology in Anna University. The position has been vacant for nearly 18 months.

66-year-old Kaliraj, who has guided 37 PhD scholars, was born in Kanniseripudur of Ramnad district and completed his schooling in Tamil medium. An alumnus of Madurai Kamaraj University, he did his under graduation in chemistry and post-graduation in bio-chemistry.

Speaking to The Federal, Kaliraj said that he will have to understand the university before making any changes and initiating any steps to improve the quality of education. The post of vice-chancellor for Bharathiar University fell vacant ever since the Directorate of Vigilance and Anti-Corruption (DVAC) police caught A Ganapathi, former vice-chancellor red-handed while receiving bribe for recruiting an assistant professor for the university in February, 2018.

Though the DVAC has prepared a charge sheet against the former vice-chancellor, it is still waiting for approval from the Governor’s office to file the charge sheet before the Vigilance and Anti-Corruption Court in Coimbatore.