A long and heavy metallic object, suspected to be a used fuel tank of PSLV rocket, got caught in a fishing net off Vambakeerapalayam, near here, on Monday (December 2).

The fishermen found it difficult to pull their net out of the waters and thought it to be a big catch, but later saw the strange object and brought it ashore. They informed the police who, along with officials from the Department of Fisheries and the Department of Science and Technology, arrived at the spot.

A senior official of the Revenue and Disaster Management Department told PTI that the mysterious object looked like a used fuel tank of the PSLV rocket launcher. “We have apprised ISRO at Sriharikota about the object,” the official said.

Full details of the features of the object were being collected, he said. The object measured 13.5 metre in length and it carried a handwritten marking saying FM 119 22/3/2019. 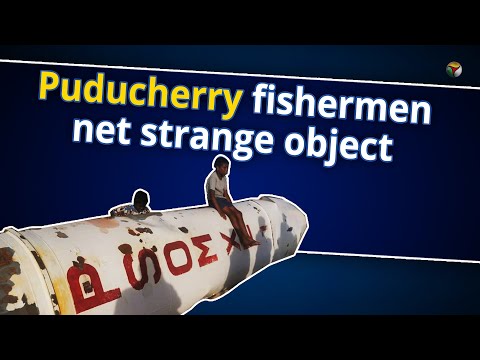