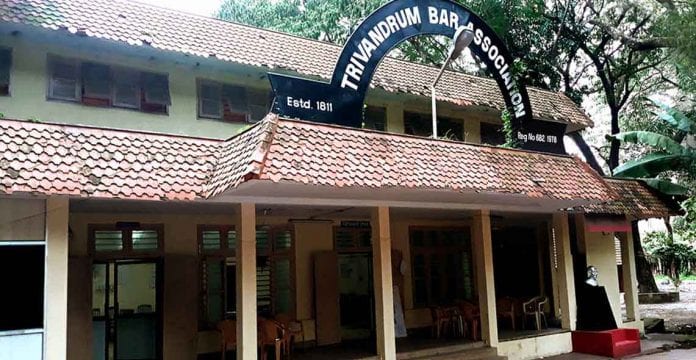 Days after a group of lawyers allegedly threatened a woman magistrate inside her chamber, the Bar Association here has expressed regret.

In a brief letter addressed to the Principal District and Sessions Judge here, the Trivandrum Bar Association said it “regrets the unfortunate things” that took place on November 27 in the Judicial First Class Magistrate Deepa Mohan’s chamber. “We always stand for the harmonious Bench and Bar relationship,” it said.

Deepa Mohan had filed a complaint with the Chief Judicial Magistrate alleging she was threatened by a group of “unruly” lawyers inside her chamber recently for cancelling the bail of an accused, which was forwarded to the police.

A case had been registered case against 12 lawyers on the basis of this complaint. In the FIR registered against the lawyers, including the Bar Association President and Secretary, police have charged various sections of the Indian Penal Code (IPC) including assault or criminal force to deter a public servant from discharging duty.

“We all have an experience of over 40 years. Do not try to intimidate us. First learn the law properly. You would been beaten up if you were not a woman. We will decide whether anyone should enter this court anymore,” the lawyers had said according to the FIR.

The Bar Association had dismissed the allegations, while the state Judicial Officers Association approached the Kerala High Court seeking its immediate intervention and ensure a free and fearless atmosphere for their functioning.

A full court meeting of the judges of the high court held on Monday in Kochi is understood to have discussed the issue.

Meanwhile, police has forwarded the letter of a woman lawyer, who had alleged that the magistrate had abused and assaulted her, to the high court seeking permission for proceeding against the magistrate.

After CBSE, more state boards cancel Class XII exams; some yet to de...