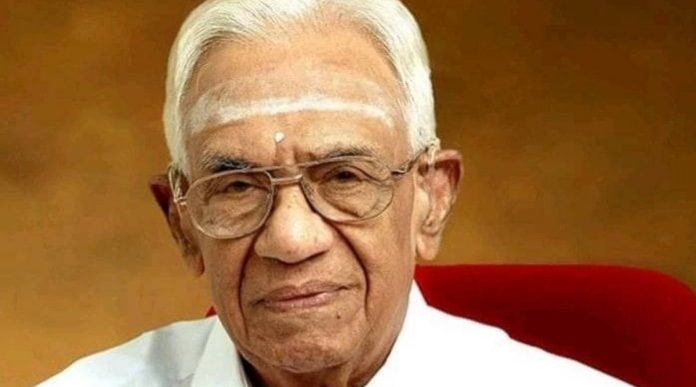 Warrier who took over the mantle of leadership at Kottakkal in the 1950s | Photo: Facebook@ Kottakkal Arya Vaidya Sala

PK Warrier, the managing trustee of Kottakkal Arya Vaidya Sala who played a critical role in popularising Kerala’s traditional mode of treatment, died in Malappuram, Kerala, on Saturday. He was 100.

“He blended humanity with medical science,” the CM wrote on Facebook. “With the thought that money should not be a hindrance for treatment, he brought the principles of Ayurveda to the grassroots levels in society. From heads of nations to the orphaned and abandoned, people approached him for treatment. With the help of the medical community, he gave them treatment and compassion.”

Modi said his contributions to Ayurveda will always be remembered.

Warrier, who took over the mantle of leadership at Kottakkal in the 1950s, promoted a holistic approach to the treatment of diseases. He co-authored a treatise on 500 species of Indian medical plants and published many research papers in the fields of Ayurveda and ethnopharmacology.

He was twice elected president of the All India Ayurvedic Congress. Warrier also established a research laboratory, which later grew into the Centre for Medicinal Plants Research.

In 2008 he won the Kerala Sahitya Akademi award for biography and autobiography for his work Smrithiparvam.

Warrier was a recipient of the Parma Shri (1999) and Padma Bhushan (2010). His wife was late Madhavikutty K Warrier, a poet.