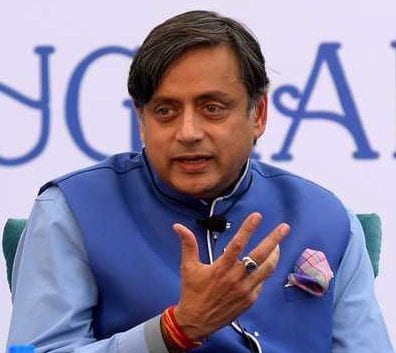 The Congress in Kerala has sought an explanation from senior party leader Shashi Tharoor, days after his remarks that Prime Minister, Narenedra Modi, should be praised for doing the “right things” kicked up a storm in the state.

In a release, the Kerala Pradesh Congress Committee (KPCC) said the party had decided to seek the explanation from the Thiruvananthapuram MP to find out why he had decided to make his remarks on Modi public instead of raising it in the party forum. KPCC president Mullappally Ramachandran had earlier said that several party leaders and workers had approached the leadership with complaints against Tharoors “Modi praise.”

“The stand of the Congress party with regard to Narendra Modi was explained by party president during the 75th birth anniversary celebrations of Rajiv Gandhi,” the release
said. “Modi government is a failure in all fields. Even the NITI Aayog Vice-Chairman had said that the country is going through the worst economic crisis since independence. National Sample Survey Organisation has said the worst unemployment crisis in last 45 years has gripped the country.While the country has been going through such a crisis, justifying the Prime Minister who caused it was unfortunate,” release said.

Ramachandran said Tharoors stand had pained lakhs of Congress workers and it was not going to help the party. “This is detrimental to the dignity and discipline of the party,” the KPCC chief said and demanded immediate explanation in this regard.

As his remarks created a furore, Tharoor, who is abroad, said in a tweet on Tuesday he has been a “strong critic” of the Modi government and wanted fellow Congressmen to respect his approach even when they do not agree with it. “I’ve been a strong critic of the Modi government, & I hope a constructive one. My staunch defence of inclusive values & constitutional principles has won me 3 elections. I urge my fellow Congressmen to respect my approach even when they don’t agree with it,” the Thiruvananthapuram MP tweeted.

The former union minister had been criticised by Leader of Opposition in the state Assembly, Ramesh Chennithala and three party MPs — K Muraleedharan, Benny Behannan and TN Pratapan for his “Modi praise”. Tharoor and his colleague Abhishek Singhvi had last
week supported party leader Jairam Ramesh who has said not recognising Modis work and “demonising” him all the time was not going to help.

Tharoor had on Sunday defended the remarks made by him, Singhvi and Jairam Ramesh.
“What Jairam Ramesh and Singhvi have said is not wrong. If Modi has done something good, we should acknowledge it. Otherwise we will lose credibility among the people. If there is need, we should severely criticise him,” he had told a Malayalam TV channel.

Former union minister Jairam Ramesh had recently said Modis model was not a “complete negative story” and not recognising his work and demonising him all the time is not
going to help. “It is time we recognise Modis work and what he did between 2014 and 2019 due to which he was voted back to power by over “30 per cent of the electorate,” he had said on Wednesday.

Do not fail this country: Congress tells Modi, Kejriwal on Delhi vio...