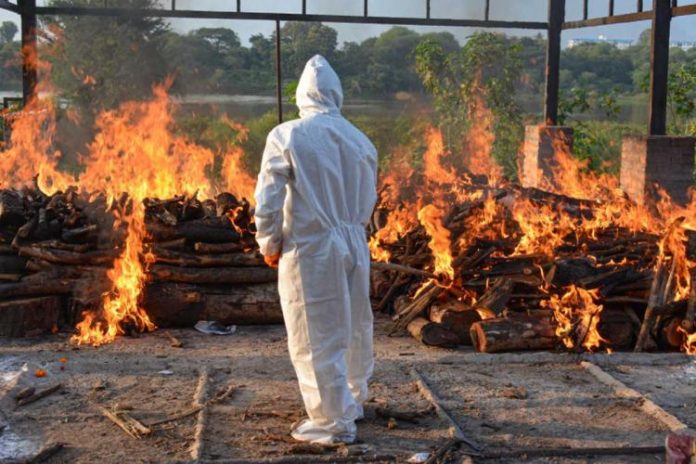 Hypertension and diabetes can be fatal if you are not vaccinated against COVID-19, says a study by the Directorate of Health, Kerala.

The study found that around 90 per cent of the people who died of COVID-19 were unvaccinated – 26 per cent of them had either hypertension or diabetes.

The study found that 67.43 per cent of the people who died of COVID-19 during this period, had comorbidities. However, it is pertinent to see that among those who were unvaccinated, 32.57 per cent had no other serious ailments or comorbidities.

“This data over and again reinstates the importance of vaccination. Almost cent per cent of those who died despite having two shots of vaccination were elderly and had comorbidities,” Veena George, the Health Minister of Kerala told The Federal.

“Among the 60 plus population, around 9 lakh people refused to take vaccine,” the minister added.

She said the government with the help of voluntary organisations and local bodies is trying to create awareness to dispel myths about vaccine resistance among people.

Deaths due to comorbidities

The study, commissioned by the Kerala government, asserts how the presence of comorbidities could be fatal for a COVID-infected person. Blood pressure and diabetes are the two most common diseases that trigger the chance of death. Hypertension and diabetes each constituted 26 per cent of the total deaths recorded between June and September this year. At least 11 per cent of those who died had CAD (Coronary Artery Disease) and 8 per cent had Chronic Kidney Disease or renal failure. Lung disease is another condition that could lead to fatality. Four per cent of those died of COVID had chronic inflammatory lung disease. Less than 3 per cent of the people who succumbed to COVID had a history of stroke, cancer, thyroid disorders, asthma, Parkinson’s disease, obesity, dementia, epilepsy, rheumatic arthritis and tuberculosis.

The study also shows that 30 per cent of the deaths happened due to the delay in hospitalisation.

“Delay is caused by various factors,” says Dr K P Aravindan, pathologist, public health expert and a member of the expert committee of the Government for COVID-19.

“A majority of the people who died due to the delay in hospitalisation were very old. These cases correspond to vaccine resistance too,” Dr Aravindan said adding, “We need to have a closer look at this trend – whether there is a negligence shown towards the elderly people at home.”

Another worrying factor in this data is the mortality of pregnant women.

“Though the number is not very high, this is indeed a cause of worry, considering Kerala’s achievement in bringing down maternal mortality,” says Dr Aravindan. “The resistance to vaccine is slightly high among the pregnant mothers. In the beginning, it was not conclusively decided whether the pregnant women could be vaccinated or not. Even later, the pregnant women continued to be scared of taking vaccine,” he added.