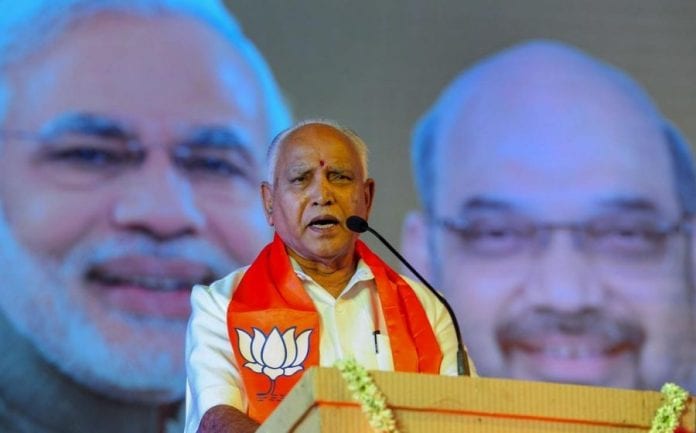 After the Congress and Janata Dal (Secular) opposed the opening of a flyover in Bengaluru that was set to be named after Hindutva ideologue Veer Savarkar, the Karnataka government has put the inauguration on hold.

Chief Minister BS Yediyurappa was scheduled to inaugurate the flyover, built at ₹34 crore, on May 28. However, the government said it was postponed due to the COVID-19 lockdown and the civic body’s failure to issue a gazette notification to that effect. The BJP said it would go ahead with the decision next month.

Earlier, Congress leaders, including former Chief Minister Siddaramaiah termed it as an insult to freedom fighters of the state and demanded the BJP to drop the idea. Deputy Chief Minister CN Ashwath Narayan condemned the party’s stand saying mere opposition to naming the flyover after Savarkar just because he (Savarkar) did not belong to Karnataka was not appropriate.

On the same day, Bajrang Dal members in the city’s Vijayanagar area rekindled the saffron-flag issue by erecting flags, bearing the text ‘OM’ in Sanskrit, at commercial places, barely a day after the civic administration removed them.

Despite the panic over rising COVID-19 cases gripping the state and the mismanagement of migrant workers causing them more trouble, the ruling party seems to uphold its Hindutva agenda.

While opposition leaders claim that the BJP government does it to hide the real problems of migrant workers and the healthcare scare, analysts, however, see it differently.

The BJP ‘s saffronisation move is to keep people away from the farmers’ issues and dwindling economy, says Congress’ state working president Eshwar Khandre. “They [BJP] are resorting to polarisation to divert the attention of people from the real issues on the ground,” he says.

On the saffron-flag incident that had happened in an area where a Congress leader is the MLA, Khandre says the party will take it up with the Chief Minister. “It is an illegal act and a cognisable offence. The police should investigate [the matter] and take action against those trying to divide the state on communal lines,” he said.

When asked why the Congress was unable to act swiftly on the saffronisation move amid the COVID-19 pandemic, political analyst Narendar Pani says the party does not follow the ‘confrontational politics’, unlike the BJP.

“They [Congress] play the ‘politics of association’ where they will be on their [minorities] side, when they get into trouble on the ground. They will only play word of mouth by giving mere statements now,” Pani, who is also a faculty at the National Institute of Advanced Studies (NIAS), says.

Even after five complaints were made and repeated instances of vendors being forced to erect saffron flags in front of their shops, the police have not registered an FIR.

With respect to the way the BJP is handling the issue, Pani says the CM will neither condemn the incident nor will support this as he wishes to be seen as a narrow Hindutva leader. “His role is now to keep control of the state and not be part of the ideological battle,” says Pani.

It may not go well for the Chief Minister if the polarisation and hardline Hindutva agenda extend to the whole state, he says. “When everybody is busy with their families and health, this is the last thing one wants. Here it’s nothing, but use of force at play,” he says.

He feels that the Centre that had already been drawing ire for the Islamophobic actions by some of its party workers, including Lok Sabha member Tejasvi Surya, will face more opposition if it continues to support such instances.

“After Tejasvi Surya’s Islamophobic tweet drew the attention of royal family members in UAE, the Centre was pushed back on the issue,” Pani says. He also highlights how India was resisted by Malaysia, a Muslim majoritarian country, on the Hydroxychloroquine drug and palm oil issue.

After severe opposition, India relaxed norms for import of palm oil from Malaysia this year and went back on its decision to ban the export of Hydroxychloroquine, an anti-Malaria drug touted as a promising cure for COVID-19, to Malaysia.

“While they [Hindu right-wing groups] may nurture these activities on the ground, they do not want to project an Islamophobic image to the world,” Pani says.

Harish Ramaswamy, a political analyst and faculty at Karnatak University in Dharwad, feels that the RSS has been trying to destabilise Yediyurappa as some of its leaders do not agree to his soft stand on Muslims.

Ramaswamy says the appointment of an RSS man, Nalin Kumar Kateel, as the BJP state president and the involvement of RSS leaders and BJP national general secretary BL Santosh in state affairs indicate the aggressive push for the hardline Hindutva agenda.

“They are going aggressive with their agenda. Some BJP leaders do not like Yediyurappa’s stance on ideological issues and hence want him to be out. They are doing so to destabilise him and prove that he’s unable to act,” Ramaswamy says. He feels it’s a well-planned move as the BJP sees an opportunity, with the state Congress in a weak position.

“The Congress was missing in action both pre- and post-COVID-19 crisis. And the newly appointed Congress state chief is busy projecting himself to the world,” he says. “They [BJP] want to weaken the idea of secular Ideology. By doing so in a place like Bengaluru, they want to prove that they can do this elsewhere easily,” says Ramaswamy.