Even as COVID-19 cases are on the rise in India’s IT capital Bangalore and some market areas are sealed, the government is in denial mode about community transmission.

Every single day, workers on the frontlines of efforts to contain COVID-19, including doctors and police personnel, are getting infected by coronavirus. Leading doctors in the city said the situation could turn worse, much like in Chennai, and urged the government to control the spread of the disease immediately.

In yet another worrying sign, the numbers of cases with Influenza-like Illnesses (ILI) and Severe Acute Respiratory Illnesses (SARI) in the city rose to 42 per cent of the overall cases, as per the data from the health wing of Bruhat Bengaluru Mahanagara Palike (BBMP), the city’s civic body.

Also, the number of fatalities increased from 11 to 84 during the same period in Bangalore. This accounted for about 45 per cent of the total COVID-related deaths in Karnataka. 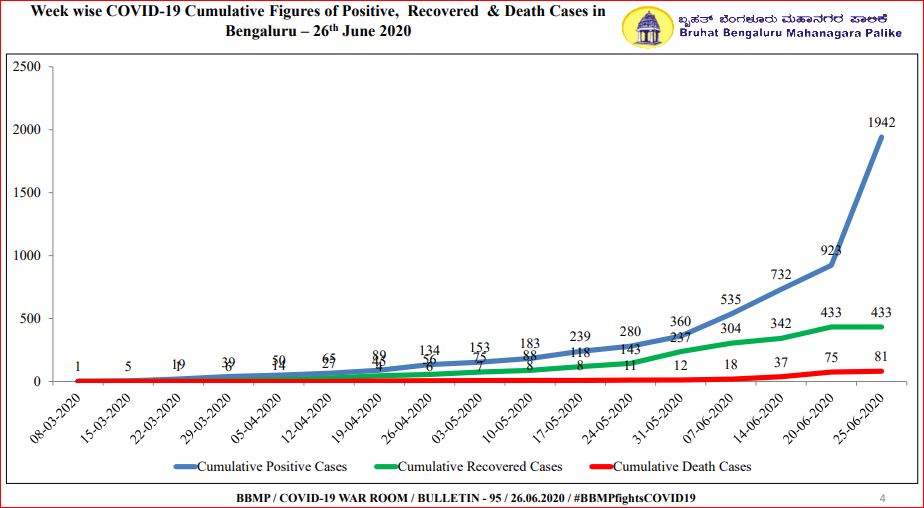 Earlier this week, Basavaraj Karigoudar, a 30-year-old government doctor from Bagalkot district, who had been undergoing treatment at a private hospital in the city, succumbed to COVID-19. Doctors say he contracted the virus at the hospital. This is the first death of a healthcare professional due to COVID-19 in the state.

A police personnel, who contracted the disease, and two other patients, who had been getting treatment at city’s designated COVID hospitals, committed suicide this month.

At Jayadeva Institute of Cardiovascular Sciences and Research, about 16 health care professionals—three doctors, six technicians, two ward attendants, and 5 nurses—have contracted the virus in the past week.

Speaking to The Federal, Jayadeva Institute director Dr CN Manjunath said the hospital would shut the outpatient department (OPD) until July 4 and keep only the emergency ward open.

When asked how healthcare professionals contracted the virus, the director did not rule out community transmission and acknowledged that it could also be the failure of the state to issue protocols to test suspected patients with mild symptoms.

“Though all our healthcare professionals wear personal protective equipment (PPE) and take enough care in the hospital to avoid contracting the disease, many come from different parts of the city and they take public transport. So there are high chances they could have contracted the virus from outside,” Manjunath said.

He said doctors and healthcare workers might have also been accidentally exposed to infected patients during treatment. “Now we really have to admit that there is community transmission. The ILI and SARI cases are on the rise and we (government) should have tested every patient coming with mild symptoms. But it wasn’t done so,” he said.

The institute now plans to open a tele-consulting facility next month as the OPD is shut.

Though the government had kept reiterating since May that it would go for antibody rapid testing, it has not yet started the process in Karnataka. Only, commercial activities in areas like KR Market and Kalasipalaya Market have been scaled down in the wake of rising cases.

When asked if the city needs to go under another lockdown, Dr Manjunath said the government should observe the spread of the disease for two more weeks and take a call on lockdown. 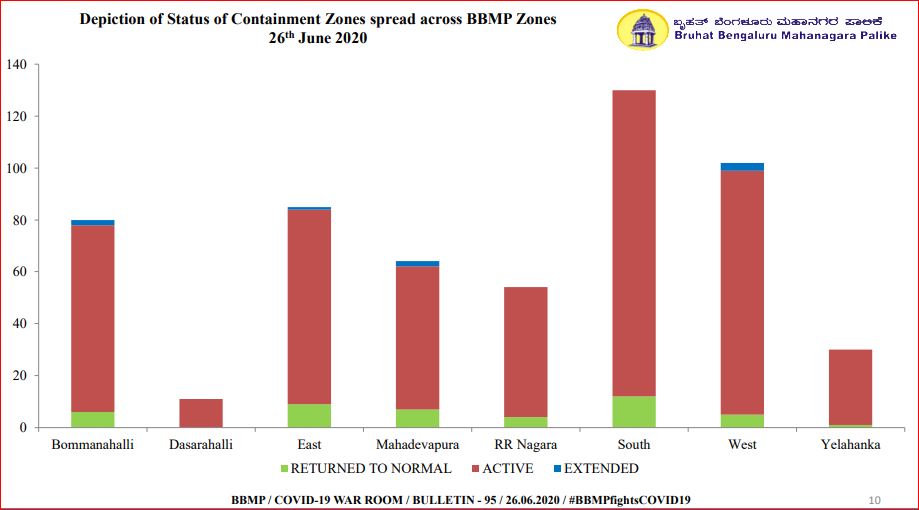 Mysore Medical College and Research Institute (MMC&RI) Dean and Director Dr CP Nanjaraj told The Federal that while there was no dearth of testing kits, the government needed to increase the testing centres so that it scales up the testing every day.

“We need private participation and the government needs to approve it quickly. Only then it could conduct more tests like other cities,” he said.

Related News: ‘Catch me if you can’: COVID+ve murder suspect dares and flees hospital, caught

The State Health Minister and Health Commissioner could not be reached for comments.

On June 24, The Federal reported how the hospital beds in the COVID-designated hospitals were full and that the government resorted to shift patients without symptoms to private healthcare facilities. With the shortage of ICUs, the civic body has roped in private hospitals for treatment.

The BBMP said 50 per cent of beds in private hospitals were reserved to treat COVID-19 cases as referred by public health facilities.

“Instead of pre-empting the spread of the disease, the government had always acted when things turned worse. They should have acted on firefighting mode instead of waking up late and denying community transmission,” said Dr Sylvia Karpagam, public health doctor and researcher.