The pro-citizenship Amendment Act rallies in Karnataka is not going well for the right-wing Bharatiya Janata Party that’s ruling the state.

A week after Karnataka BJP MLA Somashekara Reddy was booked for making inciting speech against Muslims and for threatening anti-CAA protesters, many rallies and campaigns that followed in Kolar, Mangaluru, Hospete and Bengaluru, faced stiff resistance from residents, and police intervention followed after workers created ruckus.

Earlier this month, police resorted to lathi charge on BJP supporters in Kolar after they violated rules and disregarded police warning. In Hospete, the local MLA Anand Singh was booed while campaigning, and was advised by the local police not to enter the Muslim dominated area after they residents opposed.

Again, in Mangaluru, some shops and establishments stopped BJP workers from campaigning in a commercial complex on January 9. The local police intervened to stop the groups from getting into a fight.

Also read | Explained: All about Citizenship Amendment Act, 2019 and the row over it

Besides, Union Home Minister Amit Shah who was to hold a rally in Mangaluru shifted his pro-CAA rally to Hubbali. This came after many criticised him and urged him not to hold the rally in the coastal city following police excesses that saw the killing of two people.

On January 8, some BJP workers in South Bangalore, while campaigning in favour of the party, heckled Jyoti Nivas College students outside the campus gate. The incident drew much attention after a video of heated argument between the students and the party workers went viral.

A few videos & photos of outside #JyotiNivascollege are being circulated on social media. MLA (@RLR_BTM) & I have spoken to cops and the Prinicipal of about this incident.Spoke to @DCPSEBCP and she said that Koramangala cops went there immediately & they are picketing even now. pic.twitter.com/KW1WTTMi4u

While the issue subsided with local police, college security personnel and Congress party leaders intervening at a later stage, the incident stirred a hornet’s nest and turned into a political fight between the BJP and Congress.

Congress leader Ramalinga Reddy who represents BTM Layout constituency, along with his daughter Sowmya Reddy swung into action and assured the college management of support, and requested the ruling party members not to spoil the college environment. His support statement came in after some right-wing goons threatened a JNU kind of violence in Jyoti Nivas College.

Though the objective of the campaign was to garner support, the whole programme has turned against them. A day later, students took to street to protest against the Act by way of a silent march.

While BJP MP Tejasvi Surya who emerged from the region remained silent on the issue, he, however, briefed the Deputy Chief Minister CN Aswathnarayan, who sided with the party workers and condemned the Congress leaders for ‘politicising’ the issue. Aswathnarayan told media that students should not have questioned the politician, instead they could have filed a police complaint if they had a problem.

Home Minister Basaravaj Bommai has however said a probe would be ordered on the issue.

However, instead of creating awareness, in many cases the party workers were forcing people show their support, be it for the signature campaigns or political rallies, resulting in police action.

Police lathi charged Pro #CAA_NRC rally in #Kolar #Karnataka after they diverted from the designated area and broke the barricades.. Rally was organised by leaders of @BJP4Karnataka … pic.twitter.com/uLLHUeuPJ6

The issue drew strong criticism after the Bengaluru incident as Congress leaders warned the BJP asked them to maintain law and order.

“Educational institutions are a source of dissemination of knowledge, critical thinking and scientific temper. BJP ideology is on weak foundations of fascism. They are threatened by the knowledge base of our universities,” former chief minister Siddaramaiah said.

“Mr Yediyurappa, I strictly warn you to control hooligans from your party,” he added. 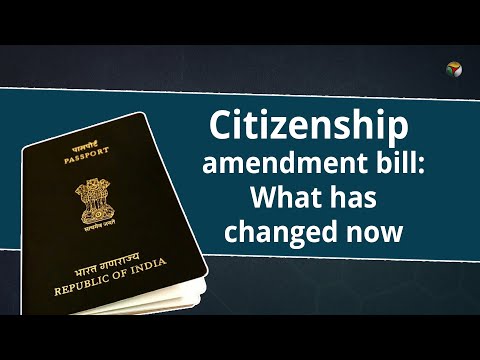