Justifying the doings of the Bidar police which has come under a lot of criticism for interrogating schoolchildren, BJP MP Bhagwanth Khuba and district in-charge minister Prabhu Chauhan admitted to pressurising the police to book a case against the school and also sought the state government to blacklist it.

Ever since the kids staged an anti-Citizenship Amendment Act (CAA) and National Register for Citizens (NRC) play in school on January 26, they have been subjected to multiple interrogations.

Terming the play ‘seditious’ Khuba said it was an offence to tell kids to shame the country and its laws. Besides, he said the school, which runs like a madrasa, was disturbing the communal harmony. Hence, he sought the authorities to book sedition charges against them. 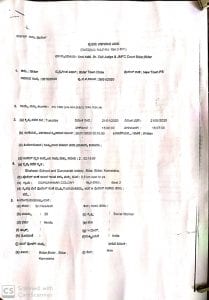 The MP also went on to request people to think 100 times before admitting their children to such schools.

The police arrested the headmistress and the widowed mother of one of the school children who enacted the play.

The police FIR claims the students insulted Prime Minister Narendra Modi. But in the video, the student does not utter PM’s name anywhere. It was a satirical play in which a student says if someone came asking for her documents, she would hit them with a slipper. Following this act, another student sings ‘Hum Kagaz Nahi Dikhayenge’ song.

The police arrested Najumunissa, mother of the students who enacted the play after they learnt she was the playwright. The school management clarified that they wanted the students to engage in a meaningful discussion and hence asked them to come with their presentation on their understanding of the Act. 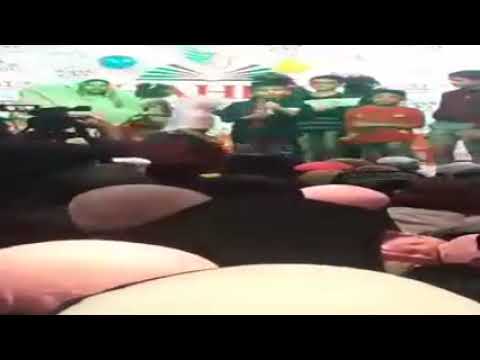 The FIR has been lodged under sections of the Indian Penal Code for insult and intent to provoke breach of peace, promoting communal enmity and hatred and sedition.

When Bidar Superintendent of Police DL Nagesh was questioned the on the contradictions in the FIR and video, he said the complaint was registered on January 26 and the video was seized two days later. Hence, if the facts do not corroborate, they will file a report accordingly.

Nagesh took charge on February 1 and hence pleaded ignorance on the FIR.

“After investigation, if the statements are not true as per FIR, we will review the charges accordingly and the investigations are still on,” Nagesh said.

The SP also said they visited the school multiple times because the concerned students and staff were not available on the same day.

Child rights groups, teachers and educationists have condemned the police action and sought to withdraw the case immediately.

“The interrogation of children goes against one of the closely held tenets of a democratic order. If we don’t see our schools as training grounds for democracy in which children learn to ask questions and express themselves without being subject to police interrogation, we are sowing the seeds of a conformist society at odds with a Constitution which promises the freedom of speech and expression to all its citizens including its children,” the group said in a statement.

Meanwhile, the Bidar district sessions court which is hearing the bail petition of the accused posted the hearing to February 11. Until then, the teacher and Najumunissa will continue to languish in jail.

The state child rights panel which visited the school and SP office, on Wednesday reportedly issued notice to them seeking a reply within a week and sought to finish the investigation in one shot and not prolong.