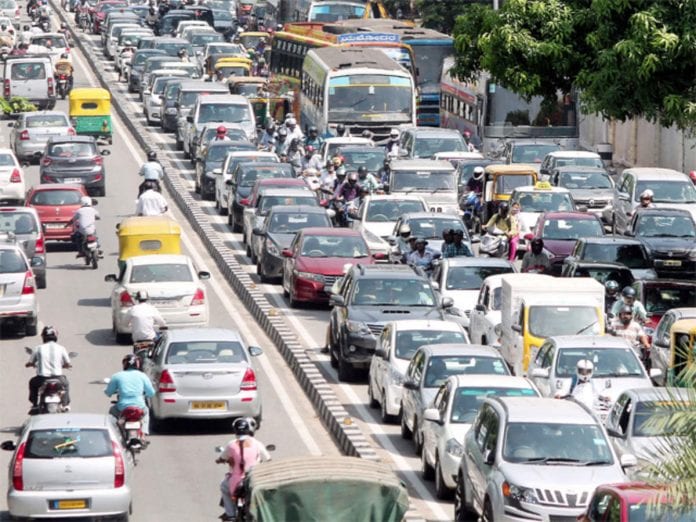 The initiative started last week by Mumbai police, turns the signal red for a longer period if the decibel levels cross a certain mark due to incessant honking by the vehicles.

If the noise levels shoot beyond 85 decibels the red light will again turn and start all over.

“Though honking is not as serious a problem in Bengaluru as in Mumbai, we are planning to implement the system at major traffic junctions to inculcate road discipline,” said Bengaluru city police commissioner Bhaskar Rao as reported by the Indian Express.

Adding that he has already taken the details from Mumbai joint commissioner (traffic) Madhukar Pandey on the initiative, Bhaskar Rao said, “I will ask the joint commissioner of traffic police in Bengaluru to identify major junctions where honking is most reported.”

Earlier, Rao had tweeted that fixing decibel meters is a good idea and would try to implement it in Silicon city.

Bengaluru is known for its ‘painful’ traffic and has also been listed as ‘Most Traffic Congested City’ in the world.

According to TomTom Traffic Index 2019, the congestion level in the IT hub of India was 71 per cent.

Mumbai Police on Friday (January 31) posted a video on Twitter with a caption ‘Horn not okay, please!.’ The video described Mumbai as the honking capital of the world and explained people waiting at traffic signals would blow their horn as if expecting the honking will make the signal green faster.

Horn not okay, please!
Find out how the @MumbaiPolice hit the mute button on #Mumbai’s reckless honkers. #HonkResponsibly pic.twitter.com/BAGL4iXiPH

To stop this madness, the city police installed a decibel metre at the signal and called it the ‘Punishing Signal.’ So every time when the decibels around the signal goes beyond a point, the timer on the traffic light would reset making one’s wait longer. The message is clear – ‘Honk Responsibly.’