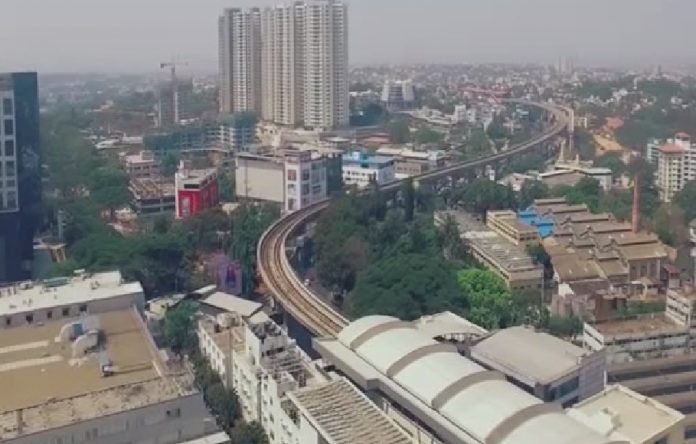 A loud sound like that of an explosion was heard near Bengaluru on Friday morning (November 26), triggering caution among people as its source remained mysterious.

According to reports, the sound came from Bidadi, about 32 km from Bengaluru where there are several quarry businesses.

The police in the town denied any explosion.

“Data was analysed from our seismic observatories for any seismic signatures or possible earthquake signals during the said period. The seismographs show no signatures of local tremors or earthquake,” the KSNDMC said in a press note.

Reports of sound associated with mild vibrations by the local residents was received from Hemmigepura, Kengeri, Gnanabharathi, Rajarajeswari Nagar and Kaggalipura, Bengaluru today, dated 26.11.2021 between 11.50 am – 12.15 pm. pic.twitter.com/uWOxTOePXd

Residents of the city took to social media to express their anxiety and wonder at the sound.

A similar sound was heard last year in Bengaluru in July. Many believed it to be the sonic boom of a jet aircraft when it was tested by the city-based Hindustan Aeronautics Ltd (HAL).

The Indian Air Force (IAF) had back then denied any role in the sound.

Just now heard a loud explosion sound in Bengaluru, then doors and windows vibrated. I felt this in Rajarajeshwari Nagara. #Bengaluru #Bangalore #SonicBoom? Others felt too??

What was that! Loud sound heard in Bengaluru yet again!

Sonic boom this time too? #Bangalore

Who else heard that really, really loud noise in #Bengaluru?
Was it only south-side?

The dogs were not happy… #BengaluruSound