While the ruling BJP faces a leadership crisis with dissidence brewing within the party against Chief Minister B S Yediyurappa, the opposition Congress too is facing a similar situation.

Ahead of the 2023 elections, the race between Pradesh Congress committee Chief D K Shivakumar and former Chief Minister Siddaramaiah has heated up. Party cadres in both the camps project their leader as the next CM candidate.

This further got amplified with the party roping in known digital marketing and consulting firm Designboxed Creatives to help the party accelerate the political campaigns. The company’s activities have created fissures within Karnataka Congress as it tried to project D K Shivakumar as the face of the party for the next election, instead of helping the party strategise for the next election.

Besides, the move to hire Designboxed Creatives comes amid strong resentment from the party units in other states which engaged the firm for their election campaigns. The company has largely worked with Punjab Congress since 2017 and has also been engaged by Haryana, Chhattisgarh, Rajasthan and Assam in their respective state elections over the years.

While the firm’s services resulted in mixed electoral success for the party, the Assam Congress which engaged the firm for the 2021 Assembly elections said that the firm does not have a ground understanding of the local issues and is trying hard to project itself as a political consulting firm, while it’s not.

Interaction on Twitter between the company executive and an Assam Congress candidate turned bitter with mud-sliding between the two after the poll results. The party’s Assam unit is skeptical if the firm would really help the Karnataka Congress or would derail them in the process, as it did with them.

Founded in 2011, DesignBoxed, a Gujarat-registered firm run by Chandigarh-based Naresh Arora, is turning from a digital media marketing company to a political consulting firm.

“The firm was not up to the mark. They failed to read the voice of the grassroots workers and lacked resources. Most of the time they were busy taking photos and failed to read the minds of voters,” said senior Congress leader Apurba Bhattacharya. “A few candidates had complained to us saying the firm failed to promote them.”

Bhattacharya wondered why the Karnataka Congress hired the firm without consulting their peers. “To fight an election with BJP as your opponent, one needs to put in more effort than merely posting some videos on Facebook and YouTube,” he said. 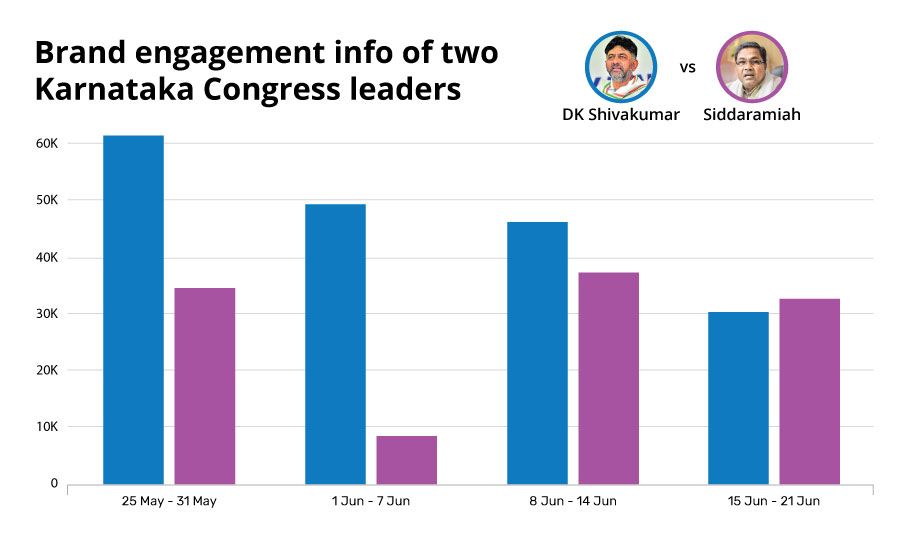 Congress won 29 of the 126 seats in the Assam Assembly. While the firm, which the party roped in three months before the elections, was quick to take credit, Assam Congress leaders said they won 26 of those 29 seats because of Muslim vote bank in those areas not because of social media campaigns.

“A diverse state like Assam cannot have ‘one campaign suit for all’ strategy. The company had no idea about the state and its diversity. Besides, some of their campaigns like on fuel price hike backfired on us,” says Angkita Dutta, Amguri Assembly constituency candidate in Assam. Angkita is the daughter of Anjan Dutta, late president of the Assam Pradesh Congress Committee.

She highlighted how the women candidates were asked to kick cylinders as part of the campaign against fuel price hike. However, she says it backfired as it did not resonate well with the middle and lower class women voters.

Explaining their functioning, Angkita said, each candidate was assigned one worker and their job was to post activities of the candidate on social media platforms and arrange for ad hoc campaigns. “In the middle of the political campaigns, they wasted our time asking us to do certain activities for video purposes, but never promoted them,” Angkita said. She had lost to Pradip Hazarika of Asom Gana Parishad by 6,179 votes.

When she took to Twitter to complain about it, the firm’s executive hit back at her saying not to blame Designboxed for their failures. The company that was hired to promote the candidate was mud-slinging her.

The Federal attempted to reach Designboxed through calls and emails, but did not get any response.

Angkita pointed out how the firm ideally promoted PCC president and other top leaders, but ignored other party candidates. That’s precisely what’s happening in Karnataka. While the mandate was to propel the chances of the party, it focused on individual leaders.

A look at the Twitter engagement reveals that DK Shivakumar’s brand engagement was higher in one month as compared to his counterpart Siddaramaiah. Unlike Siddaramaiah, Shivakumar was not active on social media platforms expressing his opinion on state of affairs. But over the past month, suddenly his social media accounts are flooded with posts every day.

“We are aware of the negative feedback from Assam Congress. But if the KPCC chief has roped them in, there’s a reason for it and we cannot question his decisions,” said Nataraj Gowda, one of the spokespersons for the Karnataka Congress.

Designboxed is not new to Karnataka Congress. In fact Mohammed Haris Nalapad, son of three-time MLA NA Haris, had hired the firm to boost his personal image and revive his political career that took a dip following the bar brawl incident in 2018.

The party had suspended Nalapad for six years until 2024. Despite that, it allowed him to contest in the Youth Congress election. And he continued to engage in party activities, garnering support from party cadres in large numbers.

Though Haris polled the highest votes in the Youth Congress election held in January this year, the party chose runner-up candidate Raksha Ramaiah, son of senior Congress leader MR Seetharam, as the Youth Congress president. His disqualification came at the behest of leaders who felt that making him the president would dent the party’s image.

At the outset, Congress party president DK Shivakumar backed Nalapad, while former chief minister Siddaramaiah backed Ramaiah for the presidential candidature. The animosity between the two leaders came to the fore with Congress MLA Zameer Ahmed Khan making a statement earlier this week projecting Siddaramaiah as the next CM candidate.

However, Randeep Singh Surjewala, AICC general secretary in charge of Karnataka, warned him and said the central leadership and party MLAs will decide the CM candidate at an appropriate time. “All Congress leaders would fight the battle together in the interest of the public,” he said.