Trust the maverick film maker Ram Gopal Varma to come up with out-of-the-box projects with unfailing regularity, whether you like it or not. This time, he has made a full-fledged feature film during the lockdown period while “strictly following social distancing guidelines.”

No prizes for guessing its title. Yes, it’s “Coronavirus”, a social drama revolving around a family living together during the lockdown. Things turn murky when one of the household members starts showing flu symptoms.

The film is made in Telugu and features actor and theatre artiste Srikanth Iyengar as the protagonist.

Taking a dig at celebrity videos in circulation on social media platforms, showing the day-to-day activities of the big stars during the lockdown, RGV tweeted in a mocking tone, “When the rest of the film people were sweeping floors, cooking food, washing utensils, drying clothes, I made a film.”

While the representatives of the film industry are grappling with questions on how and when shootings can be resumed, he has completed a film during the lockdown period and released a trailer too.

You might wonder how on earth any director could pull together a team of actors and technicians to complete a full-length feature film at a time when all the film and television shootings were suspended from mid-March to avoid the spread of the virus.

“We shot the film at an apartment while strictly following the social distancing guidelines of the government. No artiste has violated the lockdown norms during the shooting,” RGV, as the producer-director is known in film circles, said.

RGV took to Twitter to announce the launch of the trailer of the film which is based on “our hidden fears that get manifested in the time of pandemic”. The four-minute trailer released on YouTube has been trending among the top 20 videos from India. 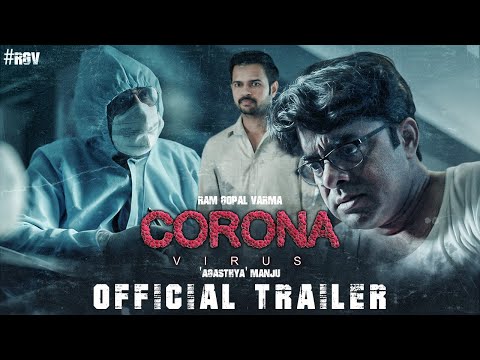 The trailer shows a young woman coughing incessantly in her bedroom, making her family worried that she might have contracted the coronavirus. The camera first captures the shocked expression on the face of her father and then shows how tension keeps building up within the four walls of their apartment.

The trailer reflects the sets of a horror movie with dark-themed lighting and an eerie background score. However, the producer-director clarified that it was not a horror film.

“Coronavirus is not a horror film. It is about the horrors which are inside all of us, including our great political leaders and bureaucrats who actually know only as much as we all know, which is just nothing,” RGV, the maker of such hits as Satya, Rangeela, Sarkar, and Company said.

How did the crew manage to maintain social distancing while shooting?

“We have used CGI (Computer Generated Imagery) to create an impression that the characters are in close proximity with each other. In one particular scene, where a bunch of family members are seen huddled together, we took close-up shots of each one of them and stitched them together,” the film maker explained.

“Though I personally don’t follow the restrictions and precautions like using face masks and sanitisers, I can assure you that my entire crew strictly complied with the lockdown guidelines,” he said.

RGV is looking for a theatrical release for the film, once lockdown restrictions are completely removed to enable re-opening of the theatres.

“I started the film a week after the lockdown was announced, and finished it during the lockdown period, following guidelines. I did not use any film industry union members, because all of them are amateurs,” the producer-director said.

“I believe in doing rather than talking, and in extreme situations like this, it’s important that we think of innovative ways to do our work. Like the old saying goes, ‘Necessity is the mother of invention’,” RGV says.

“Ram Gopal Varma is capable of doing this. I am not surprised that he has done this,” said the ace filmmaker Mani Ratnam when asked about his reaction.

Megastar Amitabh Bachchan, who featured in many of RGV’s films including the Sarkar series, Nishabd and the remake of Sholay, also shared the trailer of the film.

“The irrepressible Ram Gopal Varma, ”Ramu” to many… ”Sarkaaar” to me… makes an entire film about a family in lockdown, shot during Lockdown.. Titled: Coronavirus…perhaps the first film to be made on the virus,” Bachchan tweeted.

T 3544 – https://t.co/iO0Kftrxyy
The irrepressible Ram Gopal Varma, 'Ramu' to many .. 'Sarkaaar' to me .. makes an entire film about a family in Lockdown, shot during Lockdown ..
Titled : CORONAVIRUS .. perhaps the first film to be made on the virus ..
This be the TRAILER .. ✌️

In the initial years of his career, RGV carried the image of a pioneer of new age cinema, with cult hits like Satya and Company under his belt, but there has been a steady decline in the quality of his movies since then. The remake of Sholay—quirkily titled “Ram Gopal Varma Ki Aaag”—was arguably the lowest point in his career.

Since then, it has been a downhill path for the maverick film maker who is now more known for his provocative tweets on social issues, particularly targeting religious beliefs.

RGV is no stranger to controversies. Of late, his movies have stirred political controversies, be it the biopic on N.T. Rama Rao, the matinee idol of Telugu cinema and former chief minister of combined Andhra Pradesh, or the movies that portray political killings in Rayalaseema or caste tensions in Vijayawada.

His recent work Lakshmi’s NTR, which tells the story of N.T. Rama Rao from the perspective of his second wife Lakshmi Parvathi, had triggered protests from the Telugu Desam Party headed by NTR’s son-in-law N Chandrababu Naidu.

The movie portrays Naidu in poor light, painting him as a villain for dethroning his father-in-law in a political coup in August, 1995 and capturing power by engineering a split in the party.

Lakshmi Parvathi’s alleged interference in the party affairs had led to the revolt and the subsequent split in the TDP. The movie focuses on the final stages of NTR’s life when he was tormented by the rebellion within. Crest-fallen and heart-broken, NTR died in January, 1996.