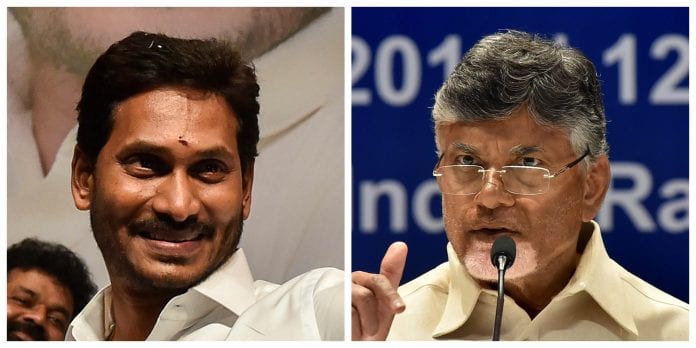 A month after ordering the demolition of Naidu’s house along the Krishna River in Amaravati and an office building of his Telugu Desam Party (TDP) in Visakhapatnam, Jagan has now overruled the five per cent quota granted by the previous government to the Kapu community in education and employment.

Kapu is a dominant community constituting over 15 per cent of the state’s population. Like the Marathas in Maharashtra, the Patidars in Gujarat and the Jats in Haryana, Kapus too fall under the forward caste or the General class category, but have been demanding inclusion of into the Other Backward Classes to avail reservations in education and jobs.

In the 2014 elections, the quota for Kapus was one of the key poll promises of Naidu. Two years later, a commission, headed by former Karnataka High Court judge KL Manjunath, was set up to study the issue. The then TDP government had also constituted a six-member cabinet sub-committee to examine the issues pertaining to the community and released ₹1,000 crore for the Kapu welfare board.

In tune with his poll promise, Naidu brought in the Andhra Pradesh Kapu Reservation Bill 2017, which was passed in the Assembly on December 2, 2017.

The Bill granted five per cent reservation to Kapus and their sub-castes – Telaga, Ontari and Balija. But, it was rejected by the central government on the ground that the total reservations in the state exceeded the 50 per cent cap set by the Supreme Court.

At present, Andhra Pradesh provides 25 per cent reservation to OBCs, four per cent to backward Muslim communities, 15 per cent to SCs and six per cent to STs. With an additional five percent quota for Kapus, the total reservations would have gone up to 55 per cent.

When the 10 per cent reservation to Economically Weaker Sections (EWS) among the forward castes came into force on January 14, 2019, it offered a perfect opportunity for Naidu to consolidate his Kapu vote bank.

On February 7, the Assembly passed the Andhra Pradesh Economically Weaker Sections of Citizens Bill, 2019, providing five percent reservation to the Kapus from the 10 per cent Economically Backward Communities (EBC) quota.

However, the decision could not be implemented as the TDP suffered a debacle in the elections to the State Legislative Assembly in April 2019.

With the overriding of the Bill, the 10 per cent reservation can be availed without any division by all forward castes, which constitute more than 30 per cent of the total population in the state.

Seeking to kill two birds with one stone, Jagan, who is the president of the YSR Congress Party, recently announced that ₹2,000 crore will be spent every year from the state exchequer for the welfare of the Kapus. The chief minister accused Naidu of deceiving the Kapus into believing that they would be recognised as backward classes.

The state had repeatedly witnessed agitations in the past, demanding quota for the Kapus. It was one of the major campaign issues in the recent polls as well.

Interestingly, during election campaign, Jagan made a candid assertion that he would not make a false quota promise. He said that he would not make promises that he cannot fulfil since the quota issue falls under the ambit of the central government. Instead, he had promised to double the funds for the Kapu Welfare Corporation.

“It is not in our hands. There have been instances where quotas provided by the states were struck down by the central government,” Jagan had said during the election rallies.

There is a growing perception among the Kapu leaders that their community was used as a vote bank by politicians of other dominant castes, but was never given its due.

The fall of Chandrababu Naidu: From inventing solutions to finding e...