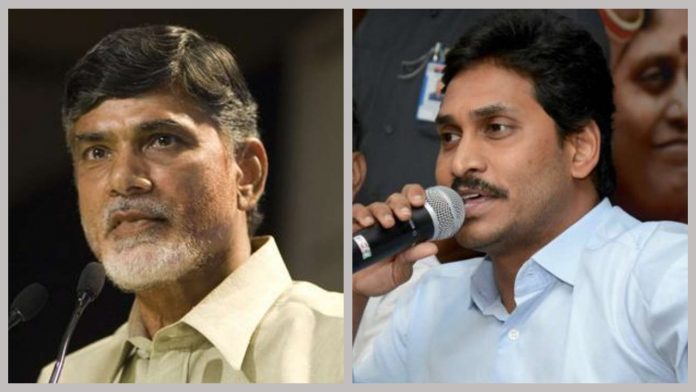 Family dynamics is intrinsic to the political narrative in India and the situation is no different in Telugu states. Members of several families known for their domination in the political landscape in their respective regions are in the fray for next month’s general elections in both Andhra Pradesh and Telangana.

Most of the politicians, dominating the political scene for decades in their respective regions, have managed to get tickets for their kin. Those who could not succeed made way for their successors. What is interesting is that members of some political families are pitted against each other as candidates of rival parties. The families which run the ruling parties in both the states, and others considered close to them are ruling the roost.

As simultaneous elections to Assembly and Lok Sabha are scheduled in Andhra Pradesh, more political families are seen in action in that state compared to Telangana. Andhra Pradesh Chief Minister and Telugu Desam Party (TDP) president N. Chandrababu Naidu rejected the demands from several leaders for tickets to their kin. He asked them to opt out of race to make way for their political successors.

Deputy Chief Minister K. E. Krishnamurthy, minister Paritala Sunitha, MP J.C. Diwakar Reddy are among several TDP leaders who opted out to enable their sons or daughters to take over the mantle.

Naidu’s family has fielded his son Nara Lokesh in Mangalagiri Assembly seat while TDP chief himself is seeking re-election from Kuppam. Naidu’s brother-in-law and actor N Balakrishna, who is also the father-in-law of Lokesh, is contesting again in Hindupur. Balakrishna’s another son-in-law Sri Bharat has been fielded in Visakhapatnam Lok Sabha constituency, where Balakrishna’s sister D. Purandeswari is the BJP candidate. Purandeswari’s husband D Venkateswara Rao is YSR Congress Party candidate in the Parchur Assembly constituency.

YSR Congress Party president YS Jaganmohan Reddy, who is locked in the fierce battle for power with Naidu, is seeking re-election from Pulivendula Assembly constituency in his native Kadapa district while his cousin and sitting MP from Kadapa, YS Avinash Reddy is contesting again for the same seat.

However, family politics is dominant in the TDP as compared to the YSRCP. After Chandrababu Naidu’s family, the maximum number of members from a family in the fray are those who are related to former union minister late K Yerran Naidu’s. His brother K Atchan Naidu, a minister in Naidu’s cabinet, is contesting again for the Assembly. K Rammohan Naidu, who was given a ticket in 2014 after the death of his father Yerran Naidu in a road accident, is seeking re-election from Srikakulam Lok Sabha seat. Rammohan Naidu’s sister Adireddy Bhavani is making her debut in electoral politics as the TDP candidate in Rajahmundry Assembly seat. Her father-in-law Bandaru Satyanarayana Murthy is contesting again for an Assembly seat.

Former central minister V Kishore Chandra Deo, who recently resigned from the Congress to join the TDP, is contesting the Araku Lok Sabha seat and is taking on his daughter V Shruti Devi, a lawyer and social activist, who remains loyal to the Congress.

Kurnool is another district in Andhra dominated by family politics. Former central minister K Suryaprakash Reddy, who quit the Congress to join TDP recently, is contesting the Kurnool Lok Sabha seat while his wife K Sujatamma is in the fray for the Aluru Assembly seat.

In the same district, state minister Bhuma Akhila Priya is seeking re-election from Allagadda while her cousin Bhuma Brahmananda Reddy is contesting against for the Nandyal Assembly seat.

Akhila’s mother Shobha Nagi Reddy, a leader of the YSRCP, died in a road accident while campaigning for the 2014 elections. She was declared elected from Allagadda after her death. In the by-election, her daughter Akhila was elected unopposed as no party fielded a candidate against her.

In the Kurnool Assembly seat, two of the  Assembly candidates KE Shyam and KE Pratap are cousins.

Kala Venkat Rao, a minister in the Naidu’s cabinet and TDP’s Andhra Pradesh unit chief, is contesting again for an Assembly seat. His nephew K. Nagarjuna is also in the fray as a TDP candidate in another constituency. Another minister Devineni Uma Maheswar Rao and his nephew Devineni Avinash are seeking re-election to the Assembly. Ministers Ganta Srinivasa Rao and P Narayana and another sitting TDP MLA are also related.

Similarly, Finance Minister Y Ramakrishnudu, who is a member of the Legislative Council, is related to the Tirumala Tirupathi Devasthanam (TTD) chairman P Sudhakar Yadav. The latter too is contesting for Assembly.

KCR’s son KT Rama Rao and nephew T Harish Rao got re-elected to the Assembly in the recently-held elections.

State minister T Srinivas Yadav’s son Saikiran Yadav is the TRS candidate for the Secunderabad Lok Sabha constituency. Another minister Malla Reddy’s son-in-law Marri Rajasekhar Reddy is in the fray for the Malkajgiri seat.families rule the roost in Telugu states.