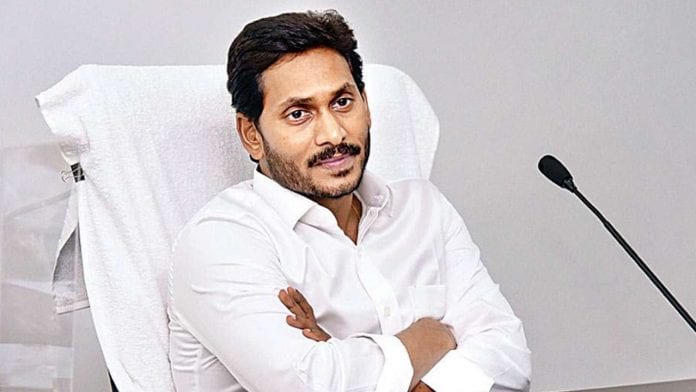 Barely 14 months after hurriedly passing a resolution in the Andhra Pradesh Assembly for the abolition of the 58-member Legislative Council the Jagan Mohan Reddy government now seems reluctant to pursue the matter, considering the rise in strength of his party in the Upper House.

The strength of the ruling YSR Congress Party in the Upper House has now increased by 11 to 18 from a mere eight earlier. By June 8, the ruling party’s tally in the Legislative Council is expected cross 30, which is comfortable enough for the government to get through the bills and other legislative business.

Related news: Andhra CM’s sister to launch party; YSRCP distances itself from her

In January 2020, the Andhra Pradesh Assembly passed a resolution for scrapping of the Upper House as Chief Minister Jagan Mohan Reddy was reportedly annoyed with the Telugu Desham Party-dominated Council for blocking his initiatives. Initiatives by his government including the proposal to establish three capitals (an executive capital at Visakhapatnam and a judicial capital in Kurnool apart from the legislative capital in Amaravati), the Bill to scrap the Capital Region Development Authority (CRDA) thus de-recognising Amaravati as the sole capital, and to replace Telugu medium with English medium in all government-run schools had faced roadblocks. The legislative Council had referred these crucial Bills to select committees, which delayed the process.

The resolution for abolition of the Council was prepared overnight, adopted by Jagan’s cabinet early in the morning and was introduced in the Assembly instantly. In the resolution, the government said the Council was a financial liability on the already strained exchequer. The government also expressed its inability to spend ₹60 crore every year on the Council and requested the Union government to take steps for its immediate abolition.

Apart from the chief minister making a personal request to Union Home Minister Amit Shah, a delegation of YSRCP MPs rushed to Delhi in a special flight to request both Shah and the law minister Ravi Shankar Prasad to initiate the process for the passage of the resolution in Parliament. However, the Centre hasn’t acted on the resolution yet.

Article 169 of the Constitution of India provides for creation or abolition of the Legislative Council by the Parliament, acting on a resolution from the Assembly of the state concerned.

How the tables were turned

In a dramatic turn of events, months after the resolution was sent to the Centre, TDP MLCs D Manikya Varaprasad and P Sunitha resigned from their posts, left the party and successfully contested on YSRCP tickets. The ruling party got Pandula Ravindra Babu and Zakia Khanum nominated to the Council under the governor’s quota. On March 8, all six candidates of the YSRCP  – C Ramachandraiah, Mohammed Iqbal, Balli Kalyan Chakravarthy, Challa Bhagiratha Reddy, Duvvada Srinivas and Kareemunnisa – were declared elected unopposed, as the opposition TDP stayed away from the election for want of strength.

At least 10 members under the local bodies’ quota will retire. The YSRCP is hopeful of winning all these seats, besides getting three more seats under the governor’s quota.

Following this, the strength of the Opposition TDP will fall to below 28.

The Council was first scrapped by NT Rama Rao in 1985, when he found the Congress-dominated body creating hurdles in his every move. It was Jagan Mohan Reddy’s father YS Rajasekhara Reddy who got it restored in 2007, using his good offices in Delhi. The Council was used as a political rehabilitation centre, to accommodate through backdoor the leaders who could not win direct elections.

In view of its rising strength, the YSRCP has now taken the stand not to pursue the scrapping of the Council with the Centre anymore. Senior party leader S Ramakrishna Reddy said, “The TDP can no more play spoilsport with our initiatives. We will have absolute majority in the Council.”

But, political observers question the dubious stand of the government.

“The resolution for scrapping of the Council is one of the examples which reflected the impatience and lack of strategy in the YSRCP. Jagan knew that his party’s strength would improve by June. But, instead of waiting patiently, he chose to settle scores with the TDP by de-recognising the legislative body,” said political analyst Lakshmi Narayana Thunga.

“Contesting the Council elections twice after deciding to abolish it displayed their inconsistency,” he added.

“The government cited financial reasons while seeking the abolition of the Council. Now, the state exchequer is worse as compared to that time. Will the government go ahead to get rid of the Council to save ₹60 crore now?” asked M Yugandhar Reddy, another political observer.

TDP politburo member Varla Ramaiah said, “This is another U-turn by Jagan Mohan Reddy. He decided to abolish the Council just because his party lacked the majority. Now that his party is getting closer to the majority figure, he has become silent.”