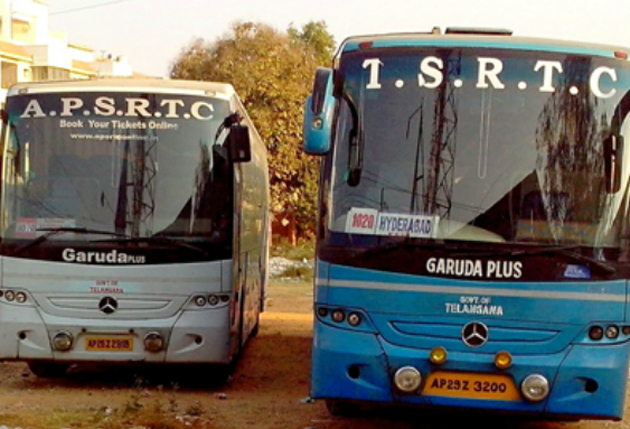 The Andhra Pradesh State Road Transport Corporation on Saturday (November 7) decided to enhance bus fare by 10-20 paise per kilometre on different services to reduce operational losses accruing to the tune of ₹1,200 crore a year.

The corporation already has a debt burden of over ₹6,735 crore and is virtually facing a collapse.

With the operational losses mounting every year, the public transport was left with no option except to increase the passenger fare, according to Transport Minister Perni Venkataramaiah (Nani).

He, along with the managing director of the transport corporation M T Krishna Babu, told reporters that the effective date of implementation of the hike would be notified soon.

“The road transport corporation is sinking into an abyss because of the financial burden. To save it, we have decided to increase the fare,” the Minister added.

As per the latest hike proposed, fare in Palle Velugu (rural) and city services would be hiked by 10 paise per kilometre.

For all other services, including the luxury Garuda, Amaravati and Vennela (sleeper), the hike would be 20 paise per kilometre.

Meanwhile, official sources said the state government has decided to constitute a regulatory commission to fix the bus fare every year.

A bill in this regard would be introduced in the winter session of the state Legislature beginning Monday.

“The regulatory commission will take into account the income and the expenditure of the corporation and accordingly fix the passenger fares every year. This will rationalise the fare and ensure the organisation is not pushed into the red,” a top official said.