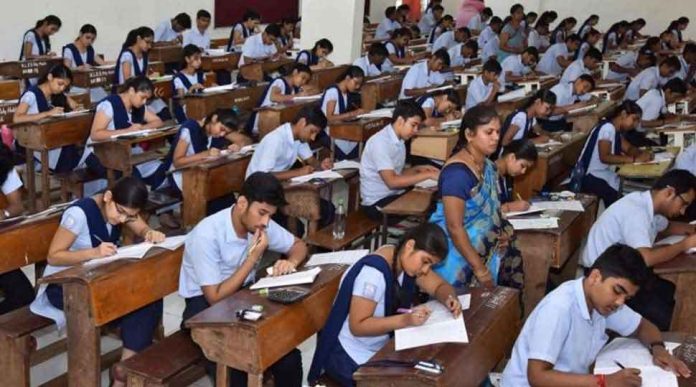 While six states have already conducted the board exams, 18 states have cancelled them, and 4 states are yet to take decision about that

If there is any fatality, we will hold the state responsible, the Supreme Court told the Andhra Pradesh government on Tuesday after being informed of its decision to hold Class 12 board examination.

A bench of Justices A M Khanwilkar and Dinesh Maheshwari was informed that Andhra Pradesh and Kerala are the only two states which have till now decided to hold the Class 12 board examination.

“You will have to give very good reasons to hold Class 12 board examinations. If there is any fatality, we will hold the state responsible,” the bench told counsel for Andhra Pradesh.
At the outset, advocate Mahfooz Nazki, appearing for the state, said the government has till now decided to hold the examination but the final decision will be taken in the first week of July.

The bench sought to know why the state was creating uncertainty in the minds of students by delaying the final decision for the first week of July.

You take a decision by Wednesday and we will take up the matter on Thursday, the bench told Nazki.

The top court is hearing a plea seeking directions to state governments to not hold board examinations in view of the COVID-19 pandemic.

It asked Nazki as to what makes the Andhra Pradesh government think that it can manage to hold the examination and whether the state has all necessary logistics keeping in mind pandemic.

Nazki said it has nearly five lakh students and as per his instructions 15 students will be made to sit in one classroom during the examination.

The bench further questioned the counsel whether the state has that many schools to accommodate the students during the examinations.

“Why don’t you have schemes like CBSE and CISCE to assess the students,” the bench said.

Nazki said that they have a kind of problem because grace marks are given in class 10 in the state boards plus the internal assessment mechanism of students is not that strong.

The bench said, “You must come up with a very good reason, if you want us to allow you to hold the Class 12 board exams. You must take the decision by tomorrow and file an affidavit.”

Advocate G Prakash, appearing for the Kerala government, said that they have filed an affidavit indicating the decision of the state government to hold the examination.

The bench said that it will consider the affidavit of the Kerala government on Thursday and asked a students body of the state to file a counter affidavit to the state governments response.

On Monday, the top court was informed by the Assam and Tripura governments that they have cancelled their state boards of Class 12 board exam due to the pandemic.

The Counsel for the Karnataka government had said it too has announced that Class 12 board exam has been cancelled, but no final decision has been taken as far as Class 10 examination is concerned.

On June 17, the top court was informed that out of 28 states, six states have already conducted the board exams, 18 states have cancelled them, but four states (Assam, Punjab, Tripura and Andhra Pradesh) have not cancelled them as of now.