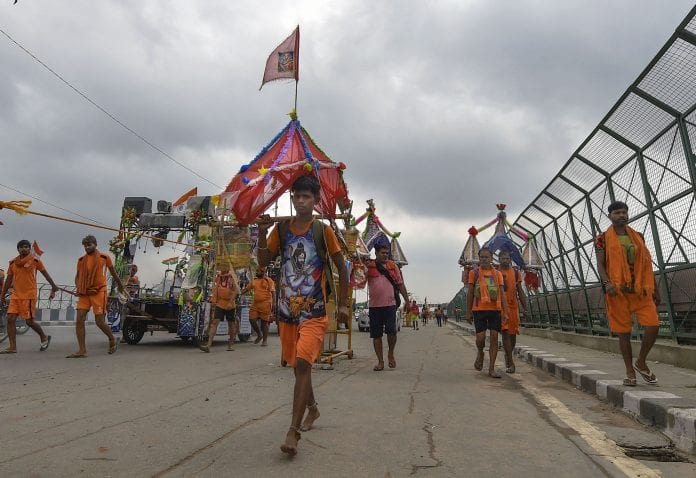 Four Kanwariyas were killed and eight others injured on Sunday (July 28) when a huge rock fell on them in Narendra Nagar area of Uttarakhand’s Tehri district, officials said.

Narendra Nagar SHO Manish Upadhyay said that the rock fell on a Tata Sumo and a motor cycle at Bagaddhar on NH 94.

Three of the deceased Kanwariyas were from Haryana and they were travelling in the Tata Sumo, while the other deceased was on the motorcycle, officials said.

The Kanwariyas were returning to Rishikesh after collecting holy water from Gangotri when they met with the accident, they added. The eight injured were admitted at AIIMS in Rishikesh, the SHO said.