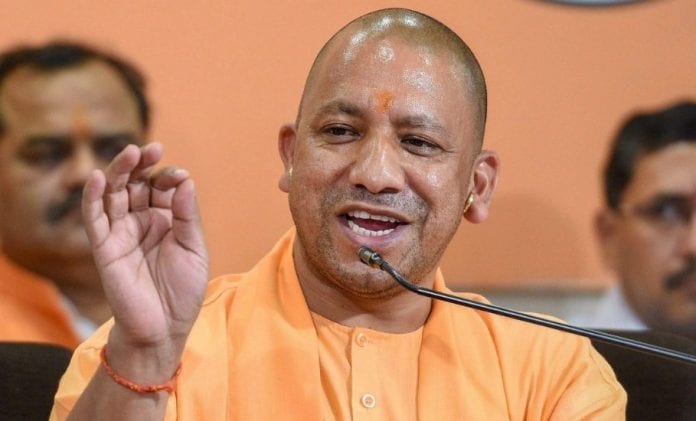 In the backdrop of the reverse migration of labourers amid the COVID-19 lockdown, the Yogi Adityanath government in Uttar Pradesh has signed several initial agreements with various industry bodies to provide about 11 lakh jobs to such migrant workers.

All the memoranda of understanding (MoUs) were signed on Friday (May 29) in presence of Chief Minister Yogi Adityanath. His promise to provide jobs to the returning migrants was fulfilled by the MSME department of the state government, said state MSME minister Sidharth Nath Singh.

Of this 11 lakh employment opportunities, the Federation of Indian Chamber of Commerce and Industry (FICCI) and Indian Industries Association (IIA) accounted for three lakh jobs each, while realtors body NARDECO and the Laghu Udyog Bharati attend to 2.5 lakh jobs each for migrant labourers, the minister said.

Commenting on the signing of pacts, the chief minister said it was the “top priority” of his government to provide employment to workers according to their ability, at the local level.

“Skill mapping of every worker, returning from other states, is being done by the Skill Development and Revenue Department,” said Adityanth, noting that small scale industries are the biggest means to provide employment to workers in the state.

The government is committed to provide employment to all, the chief minister said, adding that skill mapping of about 18 lakh workers has been completed so far.

“Safe and dignified return of other workers is also our commitment,” said Adityanath.

“I thank you wholeheartedly for the strength with which you all acted on the call of Prime Minister Narendra Modi in the fight against global epidemic corona,” an official release quoted him as addressing to the industry bodies.

The chief minister said the government is constantly trying to provide employment to all workers living in the state or coming from outside.

“All the workers who are returning are our strength and capital, and now we will use them to build a new Uttar Pradesh. And the process has already started,” he added. Till date, around 28 lakh migrant labourers have returned to Uttar Pradesh through various transport modes.

According to an official spokesperson, the state government is working on the policy of “job for every hand.” Under this policy, the chief minister has appealed to investors to accelerate the production of indigenous goods in the state which will also help many people get employment.

“To those who had raised questions as to how the state government will carry out the gigantic task of providing 11 lakh jobs to skilled and semi-skilled labourers, the MSME department has given the answer,” said Singh, the MSME minister.

The minister, who is also a state government spokesperson, pointed out that certain states had considered Uttar Pradesh labourers as liability, “but, Adityanath converted them into assets.” He said Adityanath has invited investors while emphasising on the production of indigenous goods.

The chief minister said that with increasing production of indigenous goods in the state, employment opportunities will also increase and its benefit will be given to workers.

Adityanath earlier this week had directed officials to complete the skill-mapping of migrant labourers in 15 days and get a survey conducted for their adjustment in MSMEs and industrial units.

At a meeting with senior state officials to review the lockdown situation, he had asked for all-out efforts to increase industrial activity and directed that a survey be conducted in different industries, including the micro, small and medium enterprises (MSMEs), for adjusting the labourers and workers in accordance with their skills.

Adityanath directed for a continuous communication through the Chief Minister Helpline with migrant workers and reiterated that his government is committed to ensuring a safe and respectable return of the workers, for which the state and central governments have made arrangements of free travel by trains and buses.

He instructed the officials to write to different state governments for getting a list of those labourers and workers who are willing to come back to Uttar Pradesh.

Adityanath had recently courted controversy for saying that other states will require permission from his government for engaging workers from Uttar Pradesh. However, his government had later made an U-turn on this issue.

Meanwhile, NAREDCO-UP President R K Arora said, “We have signed an MoU with the Uttar Pradesh government for providing employment opportunities to 2.5 lakh labourers of UP who have returned from different states because of coronavirus.”

Around 1.25 lakh workers will be absorbed at Ghaziabad, Noida and Greater Noida in the national capital region, while the remaining 1.25 lakh will be taken for projects across other cities in the state. The association will also provide training to labourers to undertake construction works, he said, adding that implementation of this MoU is expected to start within 15-20 days.