A pall of gloom has descended over the native village of the 23-year-old woman, who was set on fire by men whom she had accused of raping her, upon receiving the news of her death at a Delhi hospital on Friday night.

Asked if anyone had come forward to ensure them justice, he said neither any MLA nor official has tried to help them. 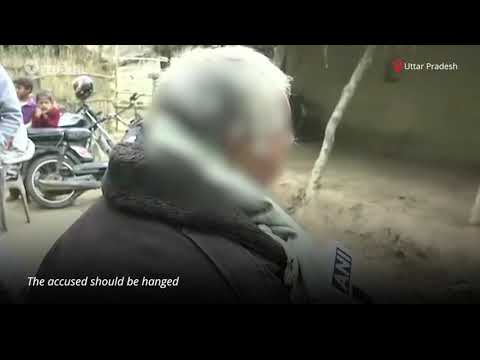 “The accused persons had used money power to deny justice to us. My case was not lodged and it was only after the court’s directive that it was registered,” the father said.

The family members expressed deep sorrow that they could not save their daughter’s life even though she wanted to live and see to it that the offenders get justice. The family is also not aware about when and where the cremation has to take place.

SDM Bighapur, Daya Shankar Pathak, declined to reveal when the body would arrive here or when the cremation would take place.

The New Delhi administration has offered to airlift the body or take it by road to her village. The same was announced by Ghaziabad Additional District Magistrate Shailendra Kumar Singh on Saturday.

Uttar Pradesh Chief Minister Yogi Adityanath, while expressing his grief over the death of the rape victim said a fast track court will hear the case.

Delhi Chief Minister Arvind Kejriwal called the death of the rape victim “shameful” for every Indian and said he hoped that the Uttar Pradesh government will hang the culprits “to set an example” for the society.

“The death of Unnao’s daughter is shameful for every Indian. God give courage to the family of the victim. The whole country is standing with them in this fight. I hope that the UP government will soon complete the judicial process and hang our daughters killers that will set an example for the whole society,” Kejriwal said in a tweet in Hindi.

Congress leader Rahul Gandhi too condoled the “heart-wrenching” death of the Unnao rape victim. “The saddening and heart-wrenching death of the innocent daughter of Unnao, that has shamed humanity, has left me angered and stunned. Another daughter has lost her life while awaiting justice and security,” Gandhi said in a tweet in Hindi.

“In this hour of grief, I express my condolences to the victim’s family,” he tweeted with the hashtag Beti Ko Nyay Do.

Bahujan Samaj Party (BSP) chief Mayawati has asked the Uttar Pradesh government to ensure “proper justice” to the family of the rape victim.

“The death of the 23-year-old woman is extremely painful and the BSP is with the victim’s family in this hour of grief,” she said in a tweet. “UP government should take special initiative soon to provide proper justice to the victim’s family. This is the demand of justice and people,” she said.

She also said that to prevent such “traumatic incidents” the Centre should create the fear of law among people and formulate others that ensures hanging of the guilty within a stipulated time frame.

Congress leader, Priyanka is on her way to meet the family of the rape victim.

Earlier in the day Swati Maliwal, the chief of Delhi Commission for Women (DCW), who is on an indefinite strike demanding to hang the rapists within six months of their conviction, accused the government of being “deaf” and “insensitive” and not hearing the “screams” of rape victims.

The Unnao rape victim was set on fire on Friday (December 6) when she was on her way to Rae Bareli in connection with the court case filed by her. Five accused persons, including two who had allegedly raped her in December, 2018, were arrested soon after.

She died on the day the four accused in the gang rape and murder case of a veterinary doctor in Hyderabad were killed in an encounter with the Telangana police, triggering a tsunami of reactions across the spectrum — ranging from appreciation to condemnation.