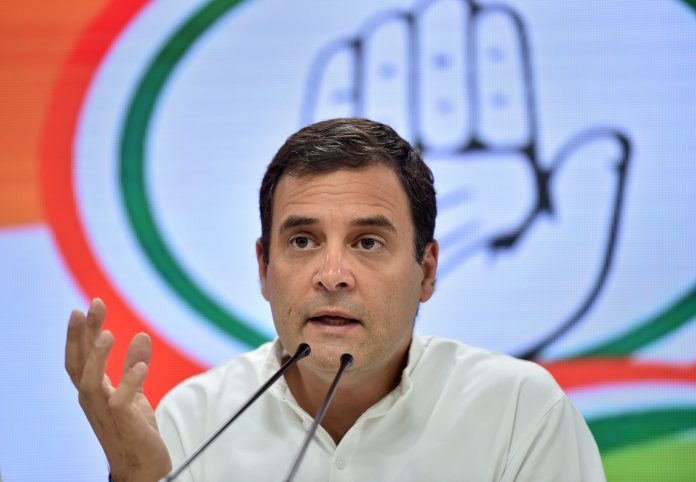 Gandhi went to Gauriganj and visited the house of his partys Tiloi assembly in-charge Mata Prasad Vaish, whose relative died on June 25, and paid condolences to the aggrieved family.

Later, he attended a review meeting with party office-bearers and leaders at Nirmala Devi Educational Institute in Gauriganj.

During his visit, the Gandhi scion will meet party representatives, including booth presidents of five assembly segments – Salon, Amethi, Gauriganj, Jagdishpur and Tiloi.
He is likely to visit some villages too, party district spokesperson Anil Singh said.

In a historic poll battle, Irani defeated Rahul in his bastion by more than 52,000 votes.
Gandhi represented Amethi Lok Sabha seat since 1999 but lost it to BJP in 2019 general election. He is currently a Member of Parliament from Wayanad constituency in Kerala.

Ahead of his visit, a poster demanding justice for the family of a person who it said died at a hospital in Amethi was put up outside the local Congress party office. The poster, however, did not mention any publisher or printer.

Coronavirus: The evolving pandemic is a real threat to India