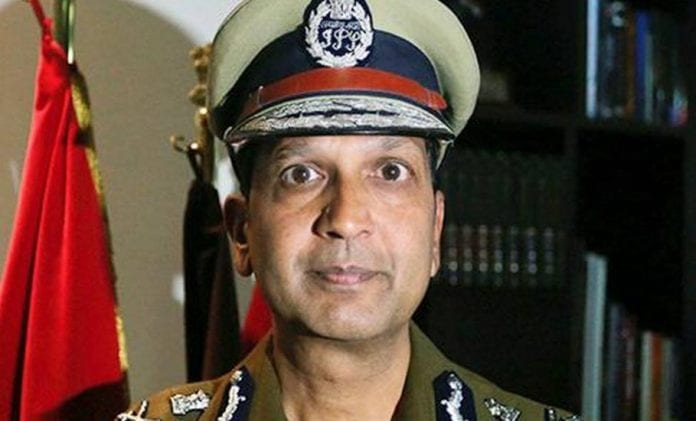 BJP-ally Shiromani Akali Dal on Saturday (February 22) slammed Punjab police chief Dinkar Gupta for claiming that there was a potential for terrorists to be trained in Kartarpur, the Sikh holy town in Pakistan, and said his statement reflects the “anti-Sikh sentiments” of the Congress.

Speaking at The Indian Express Idea Exchange in Haryana’s Panchkula, DGP Gupta had on Friday criticised the visa-free passage for Sikh pilgrims through the Kartarpur Corridor, saying it poses “a huge security challenge from terrorism point of view”.

“Kartarpur offers a potential that you send somebody in the morning as an ordinary chap and by evening he comes back as a trained terrorist actually. You are there for six hours, you can be taken to a firing range, you can be taught to make an IED,” Indian Express quoted Gupta as saying.

“The Punjab DGP’s statement reflects the anti-Sikh sentiments of the BJP. The Congress party has always doubted the patriotism of the Sikhs. Lakhs of Sikhs, including me, have visited Kartarpur Sahib. We haven’t returned as terrorists,” Sirsa said in a tweet.

He said the chief minister should take immediate action against the DGP and also apologise to the Sikhs worldwide for hurting their sentiments.

The Kartarpur Corridor was thrown open on November 9, three days ahead of the 550th birth anniversary of Guru Nanak, the founder of Sikhism. Prime ministers of India and Pakistan, Narendra Modi and Imran Khan, inaugurated the part of the corridor in their respective countries.

Expressing concern over the opening of the corridor, the DGP further alleged Pakistan-based elements and agencies have already tried to find potential people for radicalisation.

“People who are going there, they are trying to woo them, making overtures to them… The footfall, the numbers are huge. This is huge potential. So, it is a security challenge,” Gupta was quoted as saying.