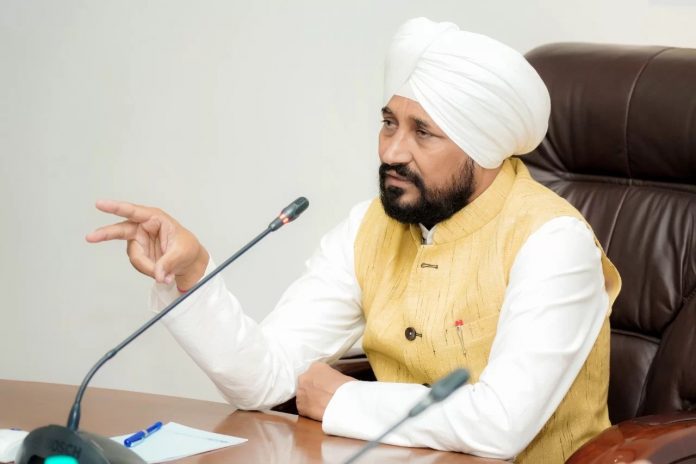 The row over the alleged lapse in security in Punjab during Prime Minister Narendra Modi’s visit earlier this week has piqued the state’s Chief Minister Charanjit Singh Channi so much that he has accused the BJP of “conspiring” to impose President’s Rule in the state.

“I have already said I would be the first to take a bullet for the Prime Minister. What else should I do? Slit my wrist?” he said.

The Prime Minister had to return without visiting his planned rallies on Wednesday as a deviation from the originally planned helicopter trip towards his destination due to inclement weather, resulted in his cavalcade getting stuck on a flyover in Ferozepur, which lies close to the border with Pakistan, as some farmer groups were holding protests along the route, which had not been cleared by the Punjab Police in time for him to move.

The Punjab government has stated that there was last minute change of plans and the PM was advised to return due to bad weather and protests along the road route.

The BJP and PM have said that Modi was lucky to have returned “alive” as he was facing threat. To this, Channi retorted: “Where was the threat? Nobody was within a kilometre of you. No stone was thrown, no bullet was fired, no slogans were raised, nobody showed you any stick. How can you say ‘I made it alive’! Such a sensitive statement by such a big leader. People voted you as Prime Minister – you should make responsible statements. You are saying we want to kill our Prime Minister.”

Channi said the BJP was trying to defame Punjab by giving a wrong picture of the incident. He even said that the PM decided to turn around because of very thin crowd at his rally.

“Actually, the PM had intended to turn around after 10 km because 70,000 chairs were put at the venue but not even 700 showed up. All chairs were empty. They felt it was better to make a U-turn 10 km before the venue. How petty they are! Just to ensure that empty chairs are not shown on TV they made up this new thing – ‘the PM is in danger, he survived’,” he said as per an NDTV report.